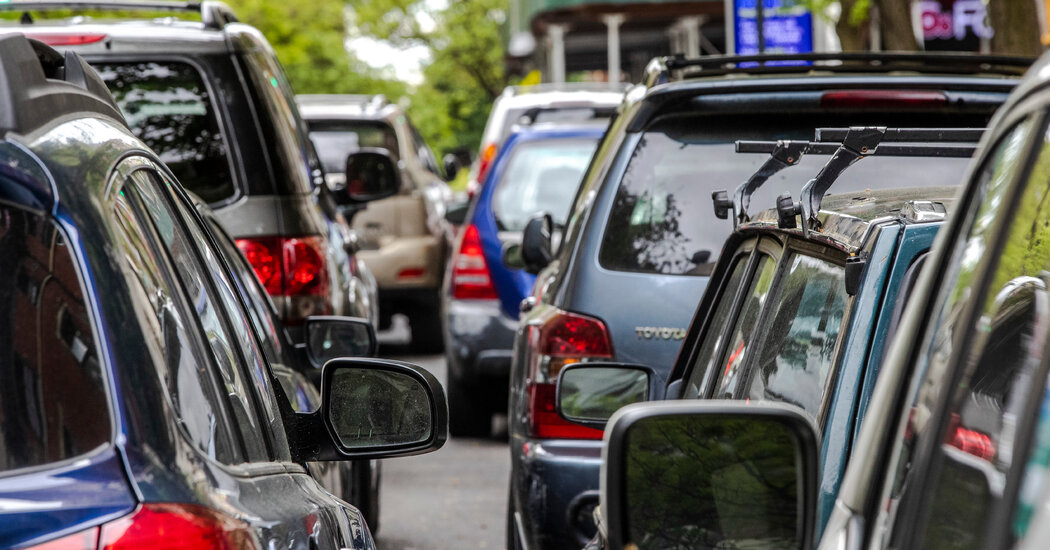 Weather: Mostly sunny, with a high in the low 40s, but a breeze will make it feel colder.

New Yorkers have been driving themselves dizzy trying to park in the city. Not only did car ownership jump, but changes made to the streets during the pandemic have cut down on precious parking spots.

Parking in the city was never easy, but now some fed-up car owners are calling it war. How did it get this way?

[Why the fight over parking in New York is ‘like the Hunger Games.’]

The competition for parking increased when car ownership soared and the use of mass transit dropped during the pandemic, an occurrence otherwise known as Carmageddon.

In Manhattan, Brooklyn, Queens and the Bronx, the number of vehicles registered between August and October increased by 37 percent compared with the same period the previous year, according to the state Department of Motor Vehicles.

Outdoor dining, which was made permanent in September, also took up roughly 10,000 parking spots, and people who drove away for the summer have returned.

The debate over how New York City should allocate its 6,000 miles of streets is nothing new, though the pandemic has reinvigorated the issue.

Car owners have long complained of valuable space being used for new bike lanes, bus lanes and docks for the city’s bike share program. Mass transit advocates and cyclists have said that the city needs to shift priorities away from car culture and reimagine its streets.

“If you want to complain about losing a few parking spots on your block, I’m sorry for your inconvenience, but our entire city benefits when you give streets back to people,” said Danny Harris, the executive director of Transportation Alternatives.

The lack of parking has stoked tension in neighborhoods and made some drivers desperate. Noreen O’Donnell, of Brooklyn, circled around for an hour one night looking for spot. She gave up at around midnight and parked illegally outside of a school.

Anthony Fauci, another Brooklyn resident (and unrelated to that other Anthony Fauci), told my colleague Christina Goldbaum that some neighbors have used orange cones to save parking spots. In response, he has moved the cones so he could park, though he worried someone may slash his tires.

After the street sweepers pass, he said, residents throw parking etiquette to the wind and swoop in to nab any spot they can, instead of allowing drivers to reclaim their spots.

“There are going to be wars,” Mr. Fauci said.

Is it possible to vaccinate all of New York City in less than a month? It may seem ambitious, but there is a precedent: The smallpox scare of 1947.

That year, a single case of smallpox, which had not been seen in the city since before the war, had improbably re-emerged with a man who had traveled from Mexico City to Maine. Fearful of how quickly the disease might spread at the Easter Parade, New York City’s health commissioner, Israel Weinstein, made a bold decision. He held a news conference, urging all city dwellers to get vaccinated immediately, even if they had been inoculated as children.

With the full cooperation of Mayor William O’Dwyer, Dr. Weinstein had doses of the vaccine flown in from military bases across the United States and ordered bulk supplies from private manufacturers, working to accumulate enough doses to vaccinate all of the city’s 7.8 million residents. In less than a month, six million New Yorkers were vaccinated.

In April, the Times photographer Arthur Brower took a photo of Dr. Weinstein vaccinating a member of his staff.

I bought a wedding ring from a jewelry vendor at the 25th Street flea market. He had really nice items and the ring caught my eye.

I asked the price, and he said $125. I tried but failed to negotiate a lower price. In truth, the ring was beautiful, and I would have paid more. We chatted and he wanted to know where I was from. Kansas City, I said.

As I was about to leave the flea market, he called me over and handed me $25.

He said it was for cab fare to the airport. 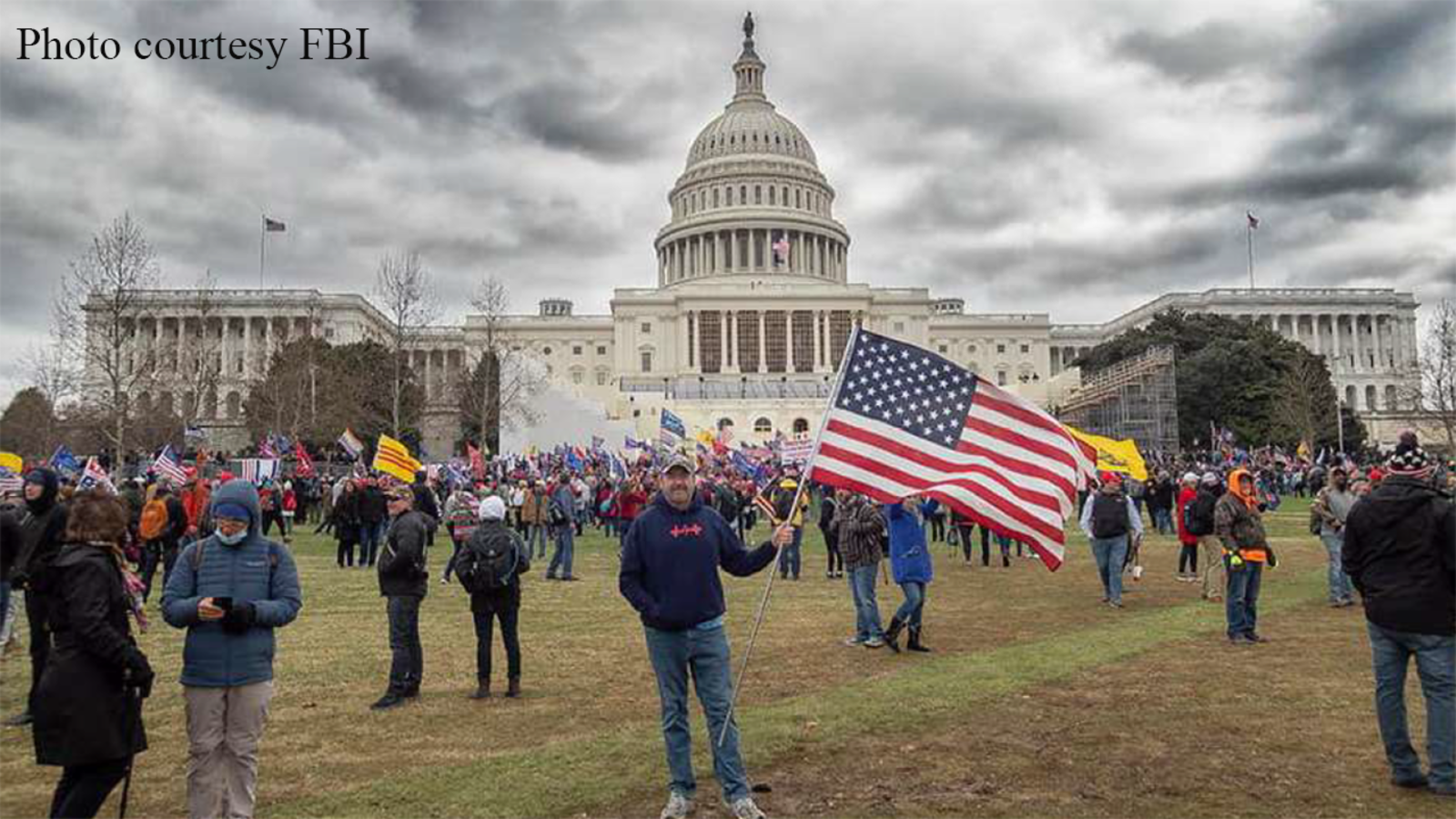 More local arrests in Capitol insurrection, including man who traveled to DC with ex-NYPD, Proud Boys 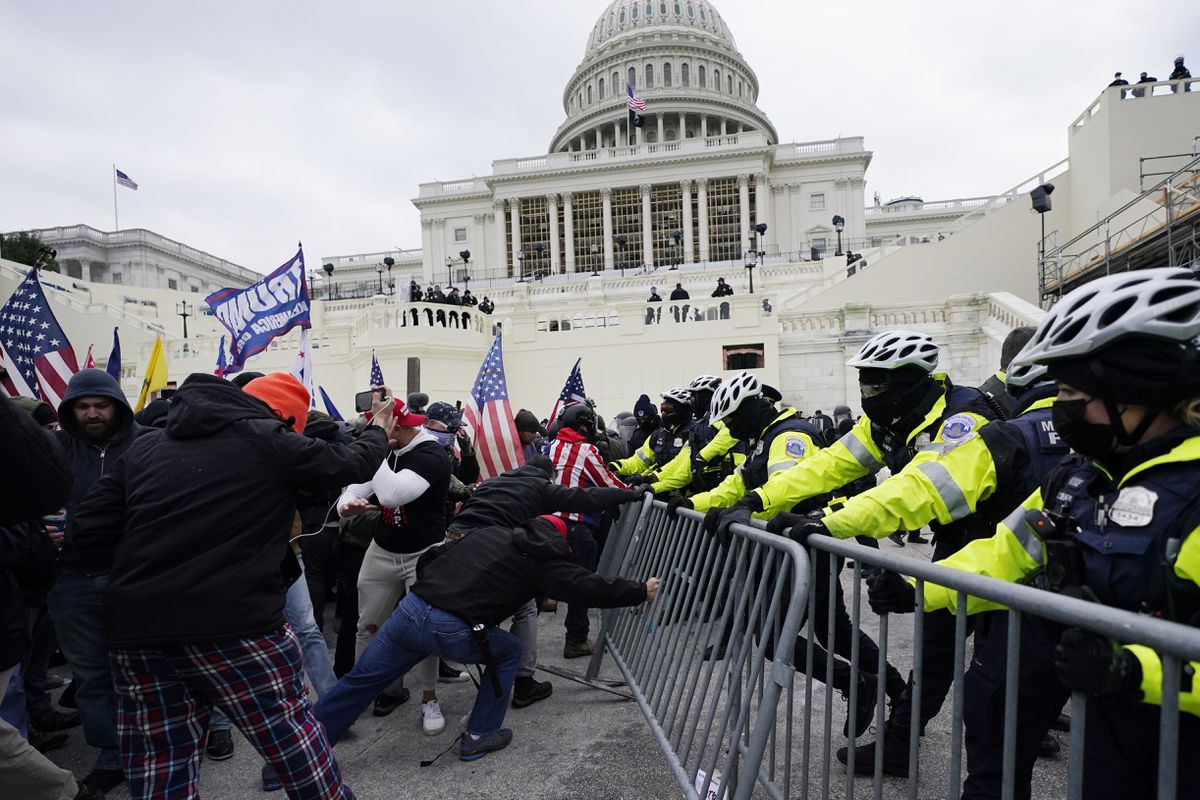 More local arrests in Capitol insurrection, including man who traveled to...

More local arrests in Capitol insurrection, including man who traveled to...