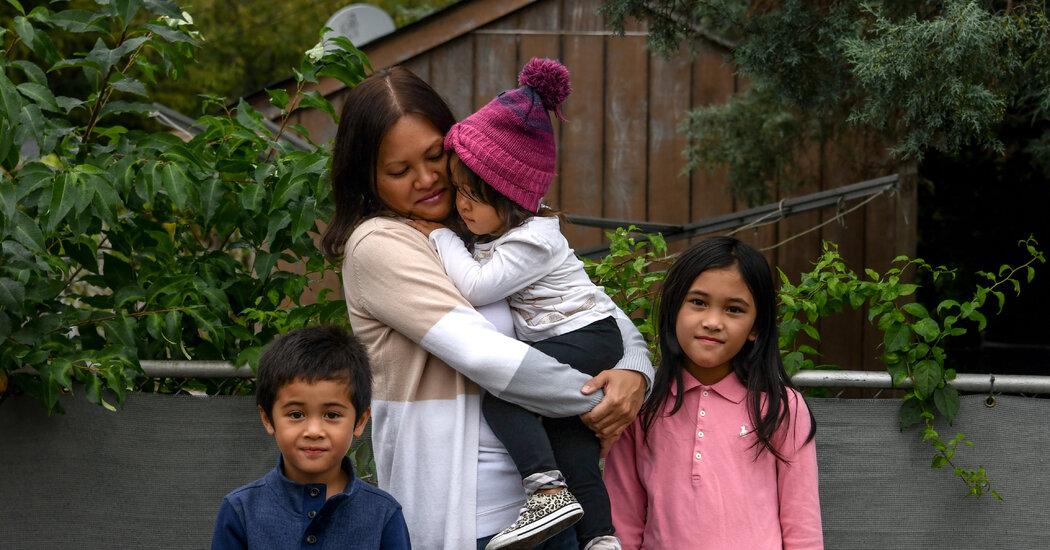 Margaret Li once described herself as the kind of mother who rarely allowed her two sons to miss a day of school. But in the pandemic, she faced a dilemma. Though she believed her boys would benefit from in-person classes, she had another person to consider: her 68-year-old mother, who lives with the family in Bellerose, Queens.

“While kids are safe, my mom is safe too,” said Ms. Li, an administrative assistant for Queensborough Community College who plans to keep her sons in remote learning until there is a vaccine. “Her health is most important to our family.”

Ms. Li is one of the hundreds of thousands of parents in New York who have opted out of Mayor Bill de Blasio’s school reopening plan, which allows students to mix in-person instruction at school a few days a week with virtual learning at home. More than half of the school system’s 1.1 million students have chosen all-remote learning through at least November, and many educators believe that number is likely to keep growing.

There is no better place to understand the worries of parents who are choosing all-remote learning than District 26, a high-performing, largely immigrant school district in northeastern Queens that includes Ms. Li’s neighborhood. The parents of two out of three students in District 26 have opted for all-remote learning — a higher rate than any of the city’s 31 other school districts.

One reason, educators and community leaders say, is that the district is roughly half Asian-American, with many immigrant families from East and Southeast Asia. Seven out of 10 Asian-American students have opted out of in-person classes citywide, a higher rate than any other ethnic group and almost twice the rate for white students, according to the city’s Department of Education.

And more than half of Black and Latino students have also chosen all-remote education, underscoring the disproportionately severe toll the virus has taken on their communities.

Like Ms. Li, many District 26 parents said in recent interviews that they have older relatives living in their homes and fear that an infection brought from school could be deadly for them. Others pointed to concerns that their children would never develop strong ties to their teachers if they were constantly switching between one in the classroom and another for virtual instruction, as Mr. de Blasio’s plan requires.

Still others cited experiences of deadly epidemics in Asia. Gina Valmoria of Floral Park decided to enroll her two school-aged children, who are 5 and 8 years old, in all-remote learning based off her experience as a student in Hong Kong during the SARS outbreak in 2003. She vividly remembers the emptied streets, long lines to buy face coverings and having classes abruptly halted mid-semester because of the contagion.

When the coronavirus arrived in New York City, she felt history was repeating itself. “I remember how disruptive it was when class had to close down and I wanted to avoid that for my kids,” said Ms. Valmoria, who is Chinese-American.

She didn’t fully insulate her children from opening-week chaos, though: Ms. Valmoria said that her son’s elementary school abruptly switched him to a different teacher not long after the school year began, apparently shuffling schedules to cope with a teacher shortage.

Still, she doesn’t regret her decision to opt out of in-person instruction. “Overall, I am satisfied with my decision because everyone is safe,” she said.

Mayor de Blasio has described returning students to classrooms as a moral imperative, calling in-person instruction vastly superior to remote learning. New York has huge numbers of vulnerable students for whom remote learning has been particularly disastrous, including 114,000 homeless students and 200,000 children with disabilities.

“I am not surprised at all that a lot of people wanted to start with remote out of an abundance of caution,” Mr. de Blasio said at a news conference in September. “We’ve said to parents, it’s your choice.”

Parents in District 26 echoed Mr. de Blasio’s concerns about remote learning, saying they were disappointed with the way it worked last spring. But a host of other worries, including the effectiveness of the city’s coronavirus testing program and of hybrid instruction had convinced them that keeping their children out of school buildings was best.

Sandra Lau-Mui, like other parents, said the start-and-stop reopening of the hybrid program over the past two weeks gave her an important reason to choose all-remote learning: a predictable schedule.

Just days after the city completed reopening all its school buildings, the city and state forced more than 160 to close down again because of high infection rates in the surrounding neighborhoods. The thousands of students in those schools are now required to study remotely for two weeks.

“I’m feeling relieved that I don’t have to worry about what’ll happen tomorrow,” Ms. Lau-Mui said.

She had other concerns that influenced her to opt out of the hybrid program, including that her children might have multiple teachers for the same subject, which made her worry that their instruction would be confusing or inconsistent.

But she also has questions about the quality of remote instruction and wonders whether her children are being adequately prepared for state exams. Ms. Lau-Mui said some of her oldest daughter’s class times have been cut by half so that the teachers can divide their time between teaching all-remote and hybrid students.

“Remote learning is working to keep the kids busy,” she said. “I don’t know if they’re getting the rigor.”

Other parents said that hybrid instruction does not allow working parents to fully return to their jobs because students will be in classes just one to three days a week. And they questioned the educational payback from such limited in-person instruction.

Cathy Grodsky of Bayside had planned to enroll her four children, ages 11, 12, 15 and 17, in blended instruction. But as the weeks went by, she lost confidence that her three youngest children would receive much actual in-person teaching under the hybrid plan.

“Remote learning exceeded my expectations,” she said. “It’s exponentially better than it was in the spring.”

The president of the district’s elected parent council, Ms. Grodsky also began to question whether the city’s virus testing plan would be adequate to keep the disease out of her home, since her 94-year-old father lives with them. Some experts say that the city’s plan, which calls for testing 10 to 20 percent of each school every month, will not be sufficient to identify outbreaks quickly.

“At the end of the day, I wasn’t willing to risk my dad’s health for an inadequate plan for my kids,” she said.

Parents across the city who chose hybrid learning said they felt reassured knowing they could eventually switch to all-remote, something the city allows them to do at any time.

Fatima Flores-Goya in the South Bronx is one of those parents. She admits that choosing full-time remote instruction would have prevented some of the stress she experienced when the city twice delayed reopening classrooms last month. But she’s not ready to opt out just yet.

Though she can do her work from home, Ms. Flores-Goya finds herself exhausted from a full day of caring for her three young children, ages 6, 9 and 12. Putting her children into hybrid instruction provides her with at least a few days to focus on herself, she said.

“I’m still wary with all the news and the slow closings in other ‘hot spots,’ ” she said. But she added that she remains confident “that teachers and students alike are taking every precaution necessary in the school.”

Three blocks away, her younger sister, Veronica Flores, is having a better time with remote learning for her 11-year-old daughter than she expected.

Ms. Flores originally placed her daughter in a middle school near her office in downtown Manhattan so that the two could commute together.

But then Ms. Flores’s job as an auditor went remote. Working from home meant that she would have to make two long trips to Manhattan and back every day to accompany her daughter to and from school, an impossibility. And she didn’t want her daughter traveling so far on the subway alone. So she decided to enroll her in full-time remote instruction.

Ms. Flores is beginning to notice unexpected benefits from her decision. Before, she had little opportunity to interact with her daughter’s teachers because she was usually rushing to work after dropping her daughter off. Now, she is able to meet them virtually. She also feels that the remote learning curriculum has greatly improved from the spring.

“I feel like I made the right choice because I know what to expect,” she said.

Despite all that, Ms. Flores desperately wants to see her daughter back in the classroom soon. “I would change my decision in a minute if I knew that in-school learning was the more stable option,” she said. 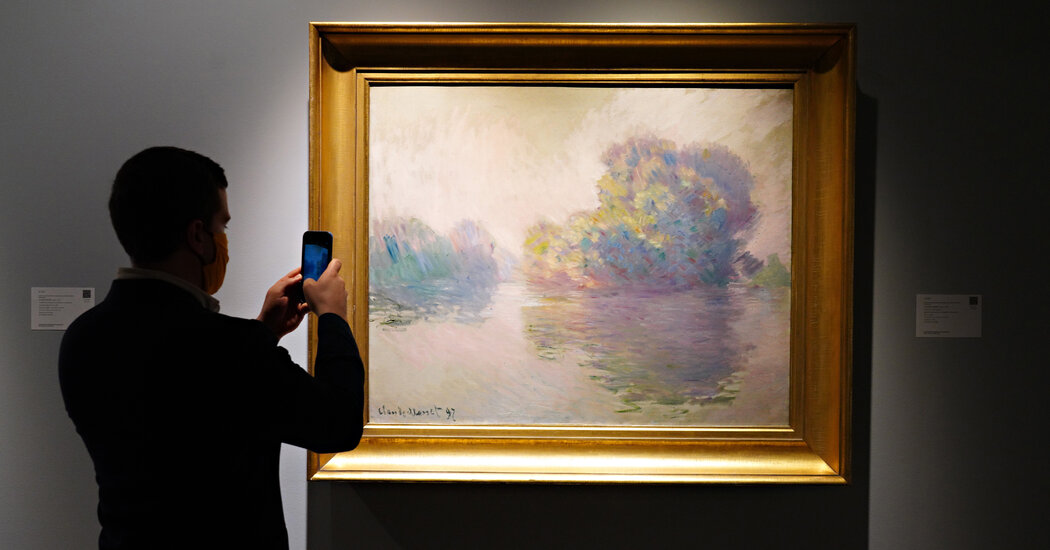