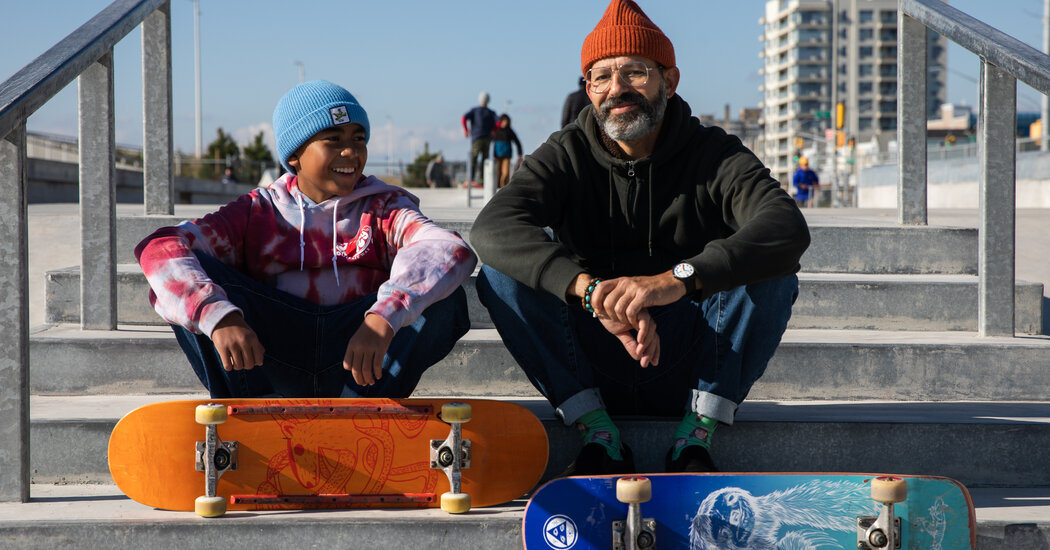 In New Jersey, the debut of Jersey City’s inaugural skate park was the culmination of years of struggle by local skate skateboarders, who had grown accustomed to working on their boards on the steps of a post office or in abandoned lots.

One of the more popular spots was nicknamed the “Junk Spot,” a remote area next to the New Jersey Turnpike. But as Jersey City has gentrified, developers have claimed many of these lots, squeezing out skateboarders.

The skaters tried to create their own dedicated space, but funding was a challenge. City officials eventually took up their cause, and with the help of private grants the skate park project, which took seven years and nearly $900,000 to complete, took shape at the end of an industrial block not far from the Liberty State Park.

Once open, a sign in all-capital letters warned: SKATING IS AT YOUR OWN RISK, and an eclectic crowd rolled in, from 4-year-olds learning to transfer their weight on skateboards to 40-somethings looking to shed pounds.

Inevitably, there were collisions and spills.

“You might get hurt, but I never heard about anybody dying in skating,” said Federman Acosta, 26, a frequent skateboarder from Edison, N.J., who welcomed the growth of skate parks after years of dodging cars while practicing on the street.

“I have,” Jeremy Picado interjected.

In 2005, Mr. Picado, 38, who lives in Plainfield, N.J., suffered a concussion after a fall, was hospitalized for a week, endured memory loss and quit skating. But he started again in 2013, and helped build the Jersey City skate park as a construction worker. He now teaches children to skateboard on weekends.