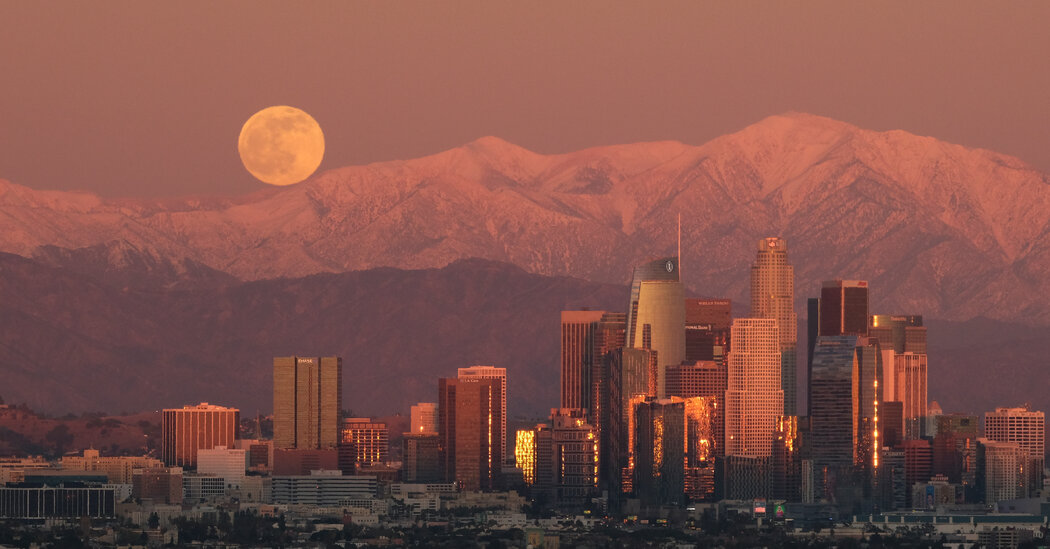 Though the year has been difficult and exhausting, it’s also been illuminating.

In California — almost a nation unto itself, as Gov. Gavin Newsom has been fond of saying — the pandemic, protests, wildfires and the election may not have exposed new fissures, but they did shed fresh light on their depth and complexity.

So today, before we head into a 2021 that, as state officials said on Tuesday, is set to start out as wrenchingly as 2020 is ending, it’s a good time to reflect on what this truly, undeniably singular year has taught us about California.

California’s gaping inequality is about more than housing.

While housing costs dictate where Californians can afford to live — and that, in turn, influences a host of other facets of life, including access to health care and education and exposure to pollution — 2020 showed in stark relief the bifurcation of the state’s workers between those who can work from home and those who can’t.

And it clearly laid out the potentially deadly consequences of that split, if workers aren’t protected.

In the earlier months of the pandemic, epidemiologists and other health experts quickly identified that the virus was pummeling poorer, predominantly Latino communities because their members were more likely to work in essential industries.

They sorted packages at enormous warehouses in the Inland Empire. They sat on buses to work on farms and returned to crowded homes. They stocked shelves and shopped for delivery services at grocery stores.

And even as the state made rules aimed at making those workplaces safer, such regulations were spottily enforced. Investments in protective equipment for workers were too slow.

“Something about this pandemic,” Dr. Kirsten Bibbins-Domingo, the vice dean for population health and health equity at the School of Medicine at U.C. San Francisco, said this summer, “it seems to be hard for us to be proactive.”

Now, Los Angeles is the center of the pandemic in the United States. The Central Valley and the Inland Empire are also in the midst of dangerous surges. And all of these places have high concentrations of essential work, and essential workers.

Climate change isn’t an abstract problem for the future. It’s an urgent danger.

When lightning-sparked wildfires erupted across huge swaths of the state in August, experts said that they signified a troublingly early start to fire season.

Then the fires kept burning. They burned hotter and more quickly, destroying homes and other buildings, killing people, and hurting some of the state’s most beloved trees. They tore across more land than they ever had in recorded history, ultimately burning more than four million acres in California alone. One of those fires, the CZU Lightning Complex, which ignited on Aug. 16, was declared controlled only this week.

Dar Mims, a meteorologist with the California Air Resources Board, told me in September: “What I’ve been watching is the worst fire season in the history of California.”

That’s to say nothing of the record-breaking heat waves — a scorching 130 degrees was recorded in Death Valley, the hottest temperature on Earth — or the dangerously bad air that forced millions indoors in the middle of summer.

The main takeaway, experts said, is that the worst of climate change’s effects have arrived more quickly than even many scientists expected. And that has wide-ranging implications about which parts of California are habitable, as well as how many resources must be devoted to managing fires, figuring out where crops will grow and more.

The good news is that policymakers say this year has spurred them to pursue long-sought measures, like increasing prescribed burning, and to look to Indigenous communities for their expertise.

“I keep saying we’re getting that ‘I told you so’ award,” Belinda Brown, a member of the Kosealekte Band of the Ajumawi-Atsuge Nation in Northern California, told me earlier this year. “My prayer is that ignorance won’t stop us again.”

Californians, by and large, support boosting racial equity. What that actually means is less clear.

In deep blue California, it’s perhaps unsurprising that huge numbers of protesters poured into the streets after the killing of George Floyd. California was a major contributor to what may have been the largest movement in the nation’s history, Black Lives Matter.

But statewide, broad pushes to address systemic racism produced more mixed results. In the Legislature, an overhaul of policing practices that activists had hoped for didn’t materialize.

And while California voters rejected an expansion of penalties for some crimes and restored voting rights for people who are on parole, they also soundly rejected what many lawmakers and policymakers hoped would be a slam dunk in 2020: a reversal of the state’s longstanding ban on affirmative action in public university admissions and public contracting.

In spite of the state’s diversity and vastness, this year showed that Californians are connected — for better or worse.

Over the last several months, I’ve found myself returning to something Dr. Bibbins-Domingo told me.

“The thing that makes me optimistic is that the people who are trying to address the pandemic are realizing we can’t just put out nice public health announcements,” she said in July. “There are big structural factors that make it challenging to control, and when things are challenging in one part of our community, the entire community can’t really do the things it wants to do and open up.”

This year has been one of crisis, and our problems won’t be solved the moment the clock strikes midnight on Thursday.

But the idea that the health of communities across the state is interconnected is something more Californians have been forced to think about in ways they maybe haven’t before.

If the people picking the food we buy at grocery stores, or shipping the toilet paper we order from Amazon get sick, our society doesn’t function.

Similarly, this year has shown how fires in one part of the state can send smoke billowing across hundreds of miles. San Franciscans weren’t forced from their homes during this year’s blazes, but their skies still turned that apocalyptic orange.

So in 2021, I’ll take heart in the fact that Californians are united in having experienced 2020. And that we learned a lot.

(This article is part of the California Today newsletter. Sign up to get it delivered to your inbox.)

And read up on the latest restrictions and guidelines. [CA.gov]

California Today goes live at 6:30 a.m. Pacific time weekdays. Tell us what you want to see: CAtoday@nytimes.com. Were you forwarded this email? Sign up for California Today here and read every edition online here.

Jill Cowan grew up in Orange County, graduated from U.C. Berkeley and has reported all over the state, including the Bay Area, Bakersfield and Los Angeles — but she always wants to see more. Follow along here or on Twitter.

California Today is edited by Julie Bloom, who grew up in Los Angeles and graduated from U.C. Berkeley. 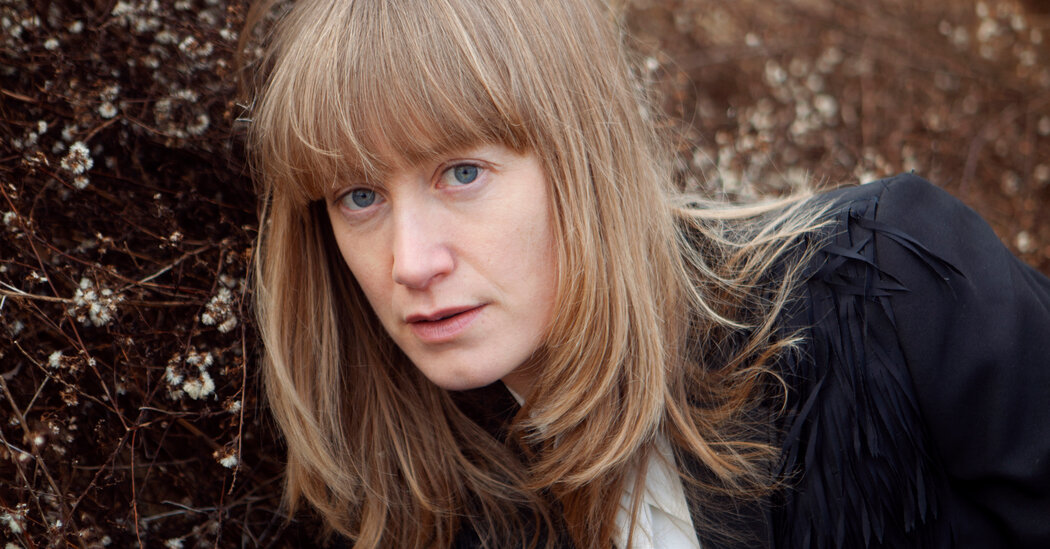 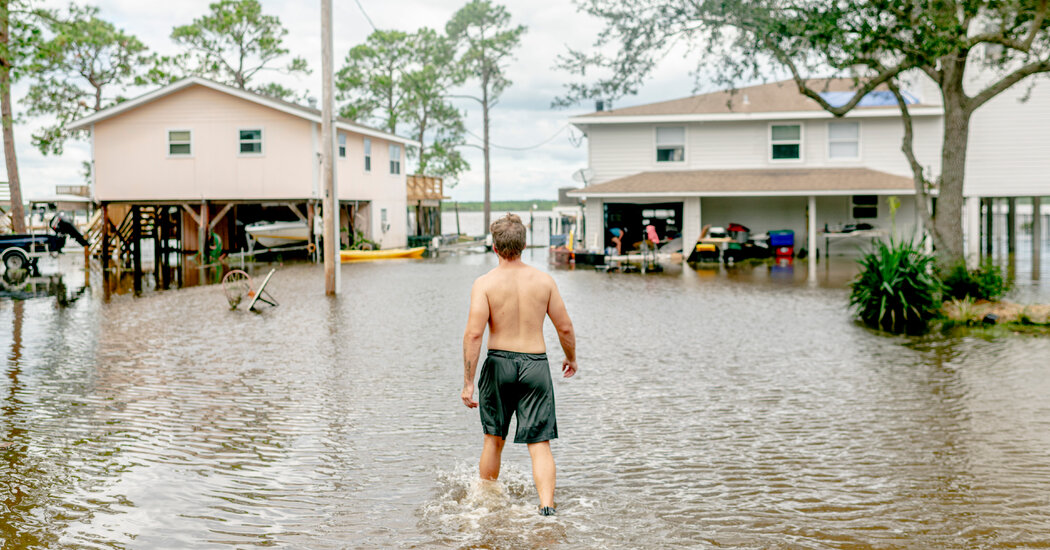 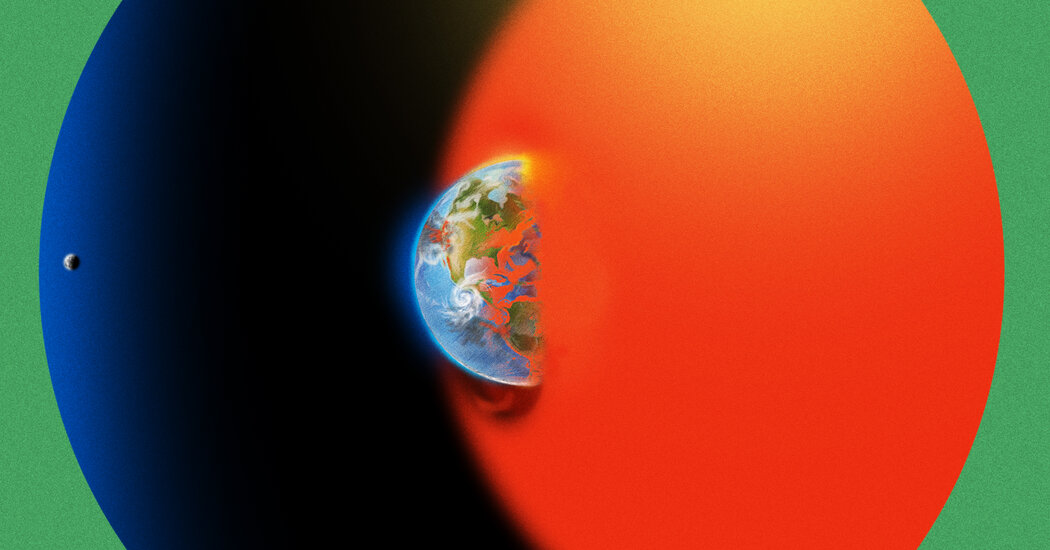 We Want a ‘New Normal.’ It’s Not in the Forecast.