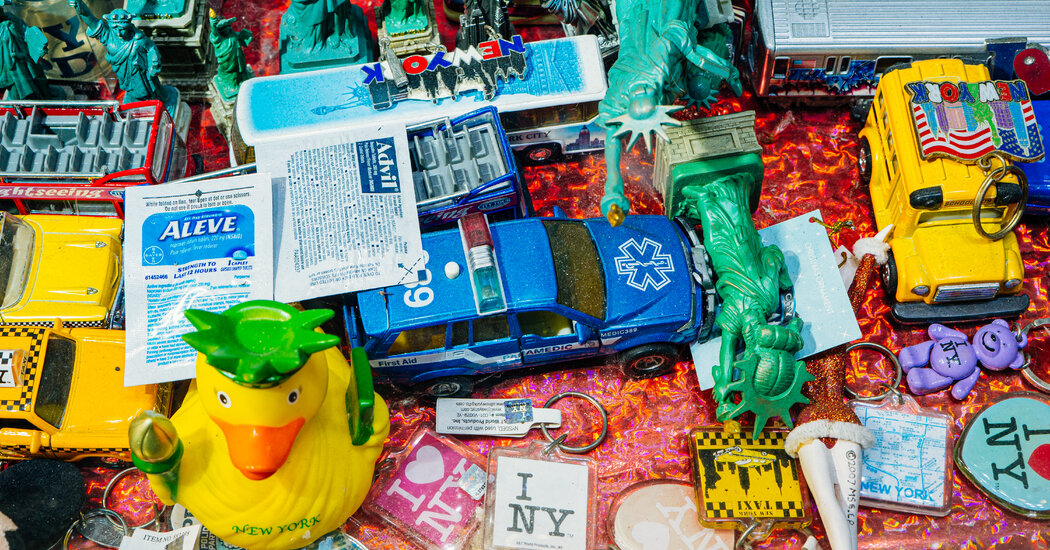 Weather: Sunny, with a high near 40, but stiff wind will make it seem like it’s in the 20s.

The engine of New York City’s economy is running out of gas.

Before the pandemic, New York’s tourism industry welcomed tens of millions of visitors from around the world, and they poured money into the city’s restaurants, entertainment venues and souvenir shops.

But Broadway theaters are shuttered, double-decker buses drive around with a handful of passengers and no one is buying “I ❤️NY” shirts.

The tourism industry has been hit so hard, it may not make a full recovery until 2025. Here’s what you need to know about the future of tourism in New York City:

New York attracted a record 66.6 million tourists last year and was expected to break that record again in 2020, according to NYC & Company, the city’s tourism promotion agency.

The virus upended those expectations, and the city may reach only a third of last year’s total. NYC & Company has forecast 38.2 million visitors in 2021, rising to 69 million by 2024. Still, it predicts that the number of international visitors will take even longer to return to pre-pandemic levels.

“It’s going to be a very slow build initially,” said Fred Dixon, the chief executive of the agency.

The return of visitors depends on an effective vaccine, which isn’t likely to be widely distributed until late spring or early summer, Mr. Dixon said.

New York’s hospitality industry provided as many as 400,000 jobs and drew $46 billion in annual spending. Souvenir shops were able to pay high rents by selling knickknacks because of a strong flow of tourists.

Without a healthy tourism industry, New York’s economy has been hit harder than other major American cities. By the end of October, more than 1.3 million residents were collecting unemployment benefits, and many restaurants and hotels have closed permanently without the tourists to support them.

Adding to the challenge of luring visitors to the city is the current surge in coronavirus cases, which may be the start of a second wave of the outbreak.

The virus’s affect on tourism is unlike anything the city has seen before, even the terrorist attacks of Sept. 11, 2001.

After that tragedy, the number of international visitors dropped from 6.8 million in 2000 to 5.7 million in 2001, and it took five years for international tourism to return to pre-9/11 levels, according to NYC & Company. But there was at least one bright spot: The city got a small boost in 2002 from domestic “patriotic tourism.”

Businesses today are hoping for a boost. Ferries that bring tourists to Liberty Island have been carrying 8 to 15 percent of what they normally would pre-pandemic, said Rafael Abreu, the director of sales and marketing at Statue Cruises.

New York City’s souvenir stores — stocked with postcards, key chains and miniatures of the Statue of Liberty — have gone without most of their customers for months, especially because city residents usually don’t buy from them.

“It’s bad everywhere in the city, but other businesses like restaurants can still rely on local New Yorkers,” said Eicha Misfa, a manager at the I Love NY shop at Broadway and 38th Street.

At another I Love NY gift shop, a salesman, Akm Islam, pointed at empty sidewalks. “I’ve had customers say, ‘I can’t believe this is Times Square,’” he said. “Look out there. Times Square is crying. It’s so empty.”

N.Y. Shuts Funeral Home Where Dozens of Bodies Were Found in Trucks

‘I Had to See That Owl’: Central Park’s New Celebrity Bird

To Protect Her Parents, She’s Keeping Her Daughter Out of School

Four people were injured when a driver slammed his car into a Queens bakery after a fight over a parking spot. [NBC New York]

City public hospitals will end a controversial policy of testing pregnant patients for drugs without their consent. [Gothamist]

In the 1970s, Anya Phillips left Taiwan to forge a fashion career in New York City, showing up in a burgeoning downtown punk scene in what would become her signature dress, an eye-catching piece made of electric blue spandex that laced up the front. When she paired it with stilettos and a full-length fur coat, she exuded a slinky glamour that would make her the “It girl” of Lower Manhattan’s night clubs.

New York at the time was on the brink of bankruptcy, overwhelmed with neglect and crime. But rent was cheap, and amid the decay, designers, artists, musicians and filmmakers formed collaborations, making art and meeting up at rock venues.

[This article excerpt is part of Overlooked, a series of obituaries about remarkable people whose deaths, beginning in 1851, went unreported in The Times.]

Phillips styled musicians in garments that suited their sensibilities and colored their rock personas. She designed the pink dress that the singer Debbie Harry wore on the cover of Blondie’s album “Plastic Letters” and dressed James Chance and the Contortions in 1950s-era suits and ties that helped define the aesthetic of no wave, a nihilistic subgenre of punk rock.

Phillips’s plans were always bigger than the punk scene. She talked with Lou Reed, the Velvet Underground’s frontman, about wanting to translate her designs into her own fashion label, but expressed concerns that conventional avenues to fame might be challenging for her, particularly as an Asian immigrant.

Through the people who know her work, Phillips’s ideas have endured. Harry wore another of her designs on the cover of her solo single “Rush Rush” in 1983. Some years after that, Phillips’s blue lace-up dress was an inspiration for an Anna Sui collection. To this day, Phillips is regarded as one of the designers who defined punk fashion.

Metropolitan Diary: Run in the rain

It was a cold, rainy evening in Brooklyn in October 2017, and I was training for the Philadelphia Marathon.

I was running up Ocean Parkway in Kensington on my way to run a loop of Prospect Park. I didn’t mind the rain, but it was early into my run and I was already pretty wet.

I was stopped at a crosswalk at Ocean Parkway and Church Avenue when a woman with an umbrella stopped next to me.

She looked at me and then put the umbrella over my head.

“You look like you need this more than me right now,” she said.