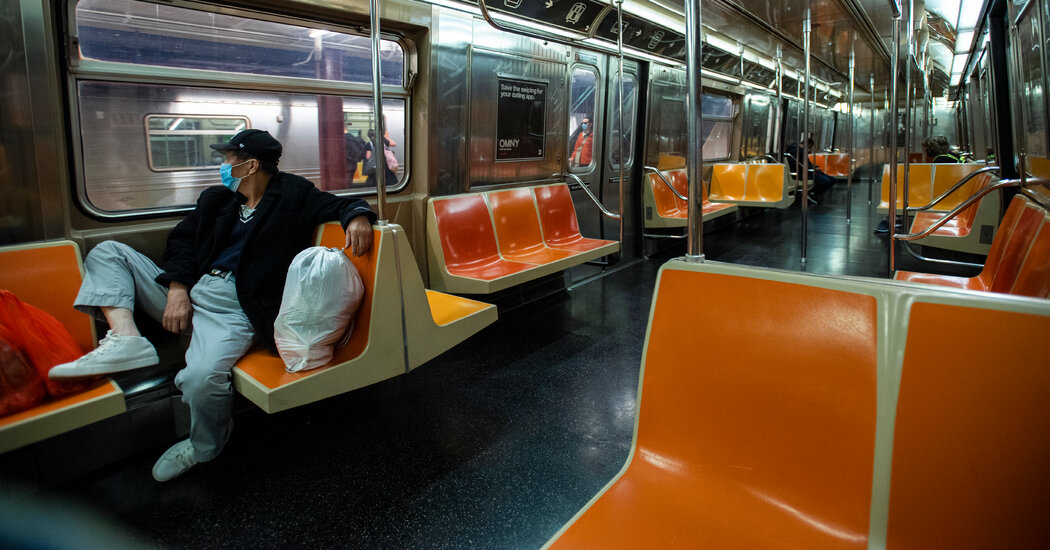 Leaders in New York City have been counting on one thing to help the city recover from the pandemic: a Joseph R. Biden Jr. presidency.

For the last four years, President Trump has pushed numerous policies that New York leaders say have hurt people in his hometown. He successfully led the charge for changes to the state and local tax deduction, known as SALT, that raised taxes for many New Yorkers.

The president refused to fund several critical infrastructure projects, and has resisted giving more stimulus money to New York and other areas hard hit by the coronavirus.

With President-elect Biden’s victory, New York leaders hope that a new Democratic administration will mean new life for long-stalled projects and an end to policies that they say have been punitive to the city.

Most importantly, Mr. Biden is expected to push for a federal stimulus package worth as much as $3.5 trillion, though Republicans could hang on to a slim majority in the U.S. Senate, which could complicate his plans.

Still, Mayor Bill de Blasio was optimistic in the days after Election Day.

“The most important reality is having a president who cares about New York City,” the mayor said.

Another federal stimulus package could help the city

New York’s economic losses from the pandemic are staggering: State and local governments are facing a $50 billion budget deficit in the coming years, according to Mr. Cuomo.

The city might have to lay off thousands of workers and make painful budget cuts. The Metropolitan Transportation Authority, which runs the subway, has projected a $16.2 billion deficit through 2024, and has been lobbying in vain for $12 billion in federal aid.

Leaders in New York are hopeful that Mr. Biden could negotiate a significant federal stimulus to help local governments.

Mr. Biden’s economic plan calls for providing “all necessary fiscal relief to states so their workers and communities get the help they need, especially those on the front lines like New York.”

Mr. de Blasio said he spoke with Mr. Biden at a recent event to remember the Sept. 11 attacks. “We talked about New York City’s comeback and how important that was for the country,” the mayor said.

Mr. Trump had pushed for a more modest stimulus plan and could not reach an agreement with his fellow Republicans in the Senate.

A Hudson River rail tunnel could finally get built

Mr. Biden is an enthusiastic supporter of Amtrak and is known for his frequent train trips between Washington and his home in Delaware.

Amtrak wants to build a new rail tunnel under the Hudson River between New York and New Jersey, a plan known as the Gateway project that has stalled under President Trump. The current tunnel that Amtrak relies on is a century old and was badly damaged by floods during Hurricane Sandy.

Mr. Biden included the tunnel project in his infrastructure plan and says he wants to “shrink the travel time from D.C. to New York by half.”

One of Mr. Biden’s advisers is John D. Porcari, who served as a deputy secretary of transportation under President Barack Obama and worked closely on the tunnel project.

President Trump opposed the tunnel because he did not want to give a political win to Senator Chuck Schumer of New York, a Democrat who has backed the project. Building a new tunnel and fixing the existing one could cost more than $10 billion, according to federal officials.

The city’s ‘anarchist jurisdiction’ label would most likely disappear

Mr. de Blasio filed a lawsuit — along with the cities of Seattle and Portland — to stop the cuts, which the mayor said could cost New York City as much as $12 billion.

Mr. Trump said the cities had allowed “themselves to deteriorate into lawless zones,” citing concerns over Black Lives Matter protests and an increase in shootings, and argued that Mr. Biden would allow similar chaos to unfold across the country.

Mr. Biden’s administration is unlikely to target the cities in a similar way.

The federal government could be less aggressive toward undocumented immigrants

President Trump has often been at odds with New York over his administration’s hard-line immigration policies.

Mr. Trump attacked the city as a “sanctuary” for refusing to help with deportations and threatened to withhold money in retaliation. Officers from Immigration and Customs Enforcement, or ICE, have detained immigrants in or near courthouses in New York — a practice that a federal judge ruled this year was illegal as part of a long-running court battle between the Trump administration and state officials.

Mr. Biden has said he would stop most deportations during his first 100 days and that undocumented immigrants who were arrested by local police should not be transferred to federal officials.

His positions could be popular in New York City, where more than three million immigrants live — including more than 500,000 undocumented immigrants.

New York will have an ally in the White House

Mr. Biden has a close friendship with Mr. Cuomo, a Democrat in his third term who could appeal directly to the president-elect for anything the state needs.

The two leaders have relied on each other for political help over the years and appeared at events together, like in 2015 when they announced plans to rebuild the widely loathed La Guardia Airport.

Mr. Cuomo said in a radio interview over the summer that he had just spoken to Mr. Biden.

Mr. de Blasio, a Democrat in his second term, is closer with progressive Democrats like Senator Bernie Sanders. But the mayor is still likely to find common ground with Mr. Biden on key issues like climate change.

“We’ve had obviously some ideological disagreements, but look, I think he’s the kind of person to his great credit that believes in a big tent, believes in representing everyone in this party,” Mr. de Blasio said on Election Day.