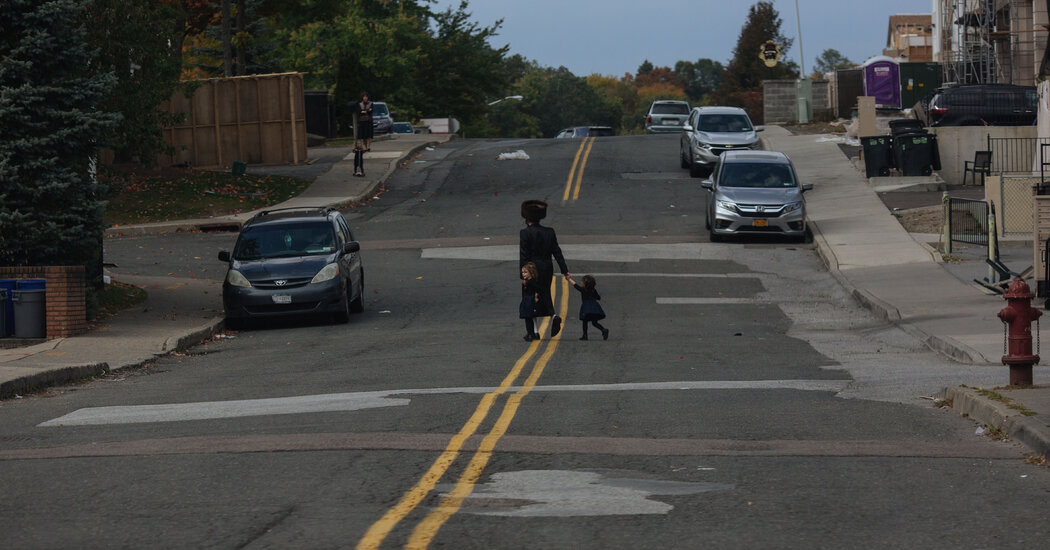 The urgent calls from doctors to the county department of health began in mid-October, shortly after skyrocketing coronavirus cases had brought a state-imposed lockdown to the community north of New York City.

“Some patients are refusing testing because they do not want D.O.H. bothering them,” a doctor said in a message for the county health commissioner on Oct. 13.

A day later, a caller to a state complaint hotline said in a message, “I would also like to report that there is a widespread effort from the community’s leadership to discourage Covid testing.”

Two weeks after a flurry of similar messages, the positivity rate in Kiryas Joel, an ultra-Orthodox Jewish village in Orange County, plummeted from 34 percent — the highest in the state — to just 2 percent. Last week, citing “dramatic progress” on the rate, the governor eased restrictions in the zone.

The course of events in Orange County has raised deep suspicions among some health experts about the reliability of the data, reflecting broader concerns about whether top officials in New York and around the country are tracking the outbreak in ways that may not accurately capture how much the virus is spreading.

Epidemiologists suggest that officials should rely on many factors when making decisions about reopening, including interviews with health care providers, hospital admission rates and contact tracing, as well as the positivity rate, which is the percent of people who have tested positive over a particular time period.

In New York, senior officials say they use all that data, and refer to the positivity rates as merely a lead measure and shorthand.

Still, the positivity rate has become the de facto gold standard of publicly highlighted measures. For example, Gov. Andrew M. Cuomo, Mayor Bill de Blasio and other officials in New York repeatedly refer to the rate in pronouncements and news releases to give the public a sense of how efforts to combat the virus are going.

The concern over misleading positivity rates has come to a head in regards to Kiryas Joel, also called the Town of Palm Tree, a densely populated Hasidic village of 26,000 people that is about 50 miles north of New York City, and among the poorest communities in the state.

In Orange County, the local health commissioner, Dr. Irina Gelman, said she was concerned about easing restrictions because she had serious doubts about whether the suggested decline in virus cases was real. She said that even though more people in the ultra-Orthodox community were reporting to doctors with symptoms or exposure to the virus, fewer of them were agreeing to be tested, reducing the positivity rate.

“This is an alarming trend,” Dr. Gelman said. “Refusing tests, clearly, makes it very difficult as far as gauging the infection prevalence rate within the community.”

Michael D. Paduch, the Democratic minority leader in the Orange County Legislature, said that he thought the steep drop in the positivity rate “seemed unusual,” and that he hoped that the testing was being reported correctly to the state.

“The issue in Kiryas Joel, I don’t think is under control,” he said, adding that the legislature as a whole was concerned about it. “More needs to be done to make sure that the protocol for the virus is held up and done correctly.”

Dr. Gelman and public health experts emphasized that the positivity rate does not indicate what percentage of people in a specific area are infected. It simply states the infection rate among those who have been tested.

Through increased or decreased testing, or by selectively choosing who does and doesn’t get tested, this number can fluctuate sharply, giving many health experts pause as to how much it really says about infection in a specific area.

“When a measure becomes a target, it ceases to be a good measure,” said Rebecca Lee Smith, an associate professor of epidemiology at the University of Illinois who also helps run the university’s Covid-19 control strategy. “Once you have put out a single measure as a target, people will figure out how to game that measure.”

The governor’s office defended its use of the positivity data, stressing that it had made the decision to lift the restrictions in Orange County based on numerous factors.

“While there may be anecdotal evidence of people declining to be tested, it’s junk data because it tells us nothing about whether a person is positive or not, and it actually has the potential to create undue fear,” Beth Garvey, special counsel to Mr. Cuomo, said in an email.

“The state’s approach to taming the virus has been based on facts and hard numbers — not assumptions — and there is no reliable metric that we are ignoring or not considering,” she added.

Gareth Rhodes, a member of New York State’s Covid-19 Task Force, said the state examines the number of “hospitalizations, the testing volume, and consultation with the local health departments. No one data point is sufficient.”

The uptick in Orange County was part of several clusters of cases that began to emerge in the region in communities with large populations of ultra-Orthodox Jewish residents, where many residents were not abiding by social distancing and mask-wearing rules.

In New York City, Orthodox Jewish neighborhoods in Brooklyn and Queens, which were ravaged by Covid-19 in March and April, began to see positivity rates climb to between 3 and 8 percent in September, a notable increase from the 1 percent citywide rate.

In Rockland County, another affected area north of the city, the positivity rate in one ZIP code in late September surged as high as 30 percent.

These rising numbers led to state-imposed restrictions, including the closing of nonessential business and schools and strictly limiting the capacity at houses of worship. Any easing of these restrictions would be based in part on these areas lowering the positivity rate.

Many in the Orthodox community pushed back, and on Friday, Governor Cuomo announced in a compromise that schools, even in red zones, could reopen, if tests showed their positivity rates were low.

Some members of the ultra-Orthodox community in Orange County rejected the idea that there was any effort to manipulate the positivity rate, and argued that they were being targeted because of their religious beliefs.

“Always in everything, ‘It’s the Jews’ fault,’ they are trying to pin everything on us,” said Moshe Brach, an ultra-Orthodox liaison for the Orange Regional Medical Center in Middletown, N.Y., and a volunteer emergency medical technician with the Hatzolah ambulance service.

But he acknowledged that several family members of infected people whom he recently had visited as part of Hatzolah’s “Covid brigade,” a home-health check service, declined to get tested for the virus. He dismissed it as insignificant.

“If someone doesn’t want to do a test, one or two people maybe, it doesn’t mean that the whole village wants to do it,” Mr. Brach said.

Dr. Gelman said her contact tracers were sometimes stymied in their efforts in the community. For example, in several recent cases, school administrators at ultra-Orthodox schools in Kiryas Joel that remained open despite the lockdown order, did not respond to contact tracers’ calls after children at school tested positive.

“Clearly these are not isolated incidents, where there are one or two or three individuals that presented over the course of a month or two that all of a sudden declined testing,” Dr. Gelman said. “This is a lot more widespread.”

Drastic drops in the positivity like the one in Orange County are highly unusual, said Dr. Jennifer Nuzzo, an epidemiologist at the Johns Hopkins Center for Health Security. She said the situation may reflect a lesson epidemiologists have learned from countless previous outbreaks and pandemics.

“If public health measures are seen as punitive,” she said, “you will drive cases underground.”

In the Brooklyn “red zone,” the rates have also dropped, but far more gradually: In the last week of September, the test positivity rate in the Brooklyn area with the highest level of restriction was 7.7 percent. On Oct. 29, the rolling average in the area was about 4 percent, a state official said.

She said she requested that Dr. Zucker approve an order that would require doctors in Orange County to report when people with Covid-19 symptoms decline testing.

The state has not approved the order, said Justin Rodriguez, the county spokesman. State health officials were concerned that such an order could lead people to assume that everyone who declined testing was positive, which may not be the case, and discourage people from seeking medical care, according to a senior state health official.

Senior state administration officials said that they felt confident that the viral rates in the area had dropped enough to warrant the area to be downgraded from a red to an orange zone, which still restricts nonessential businesses from opening and includes strict limits on worship services.

In addition to the lower positivity rate, the raw numbers of people testing positive dropped and the hospitalization rate in the area had flattened, officials said.

But Dr. Gelman said that testing required of preoperative or pregnant patients, as well as community testing drives aimed at bringing out nonsymptomatic patients, appeared to be making up the increase.

Gedalye Szegedin, the town administrator of Kiryas Joel, said that there was “definitely no communal or organized effort not to test.”

“The communal effort is to test everybody as often as you can, which is basically once a week, and that just brought the numbers down,” he added.

There had been a spike in the virus beginning in September, likely driven by people coming from Israel, he said. But of the 55 community members who had been sent to the hospital for severe symptoms in this wave, only seven were still in the hospital, with one death. He added there had been no new hospitalizations for severe Covid in the last six days.

“It is very much under control now,” he said. 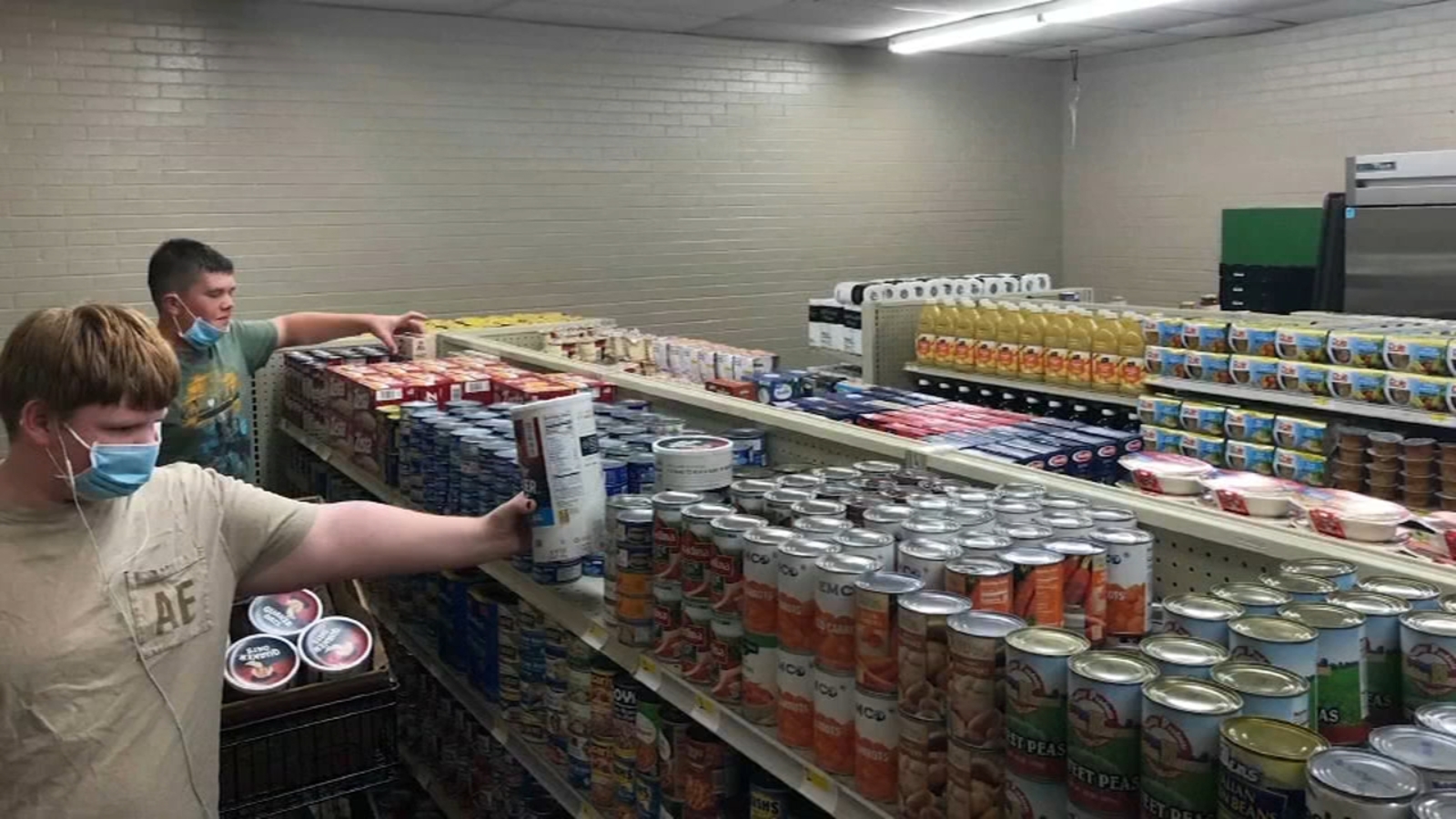 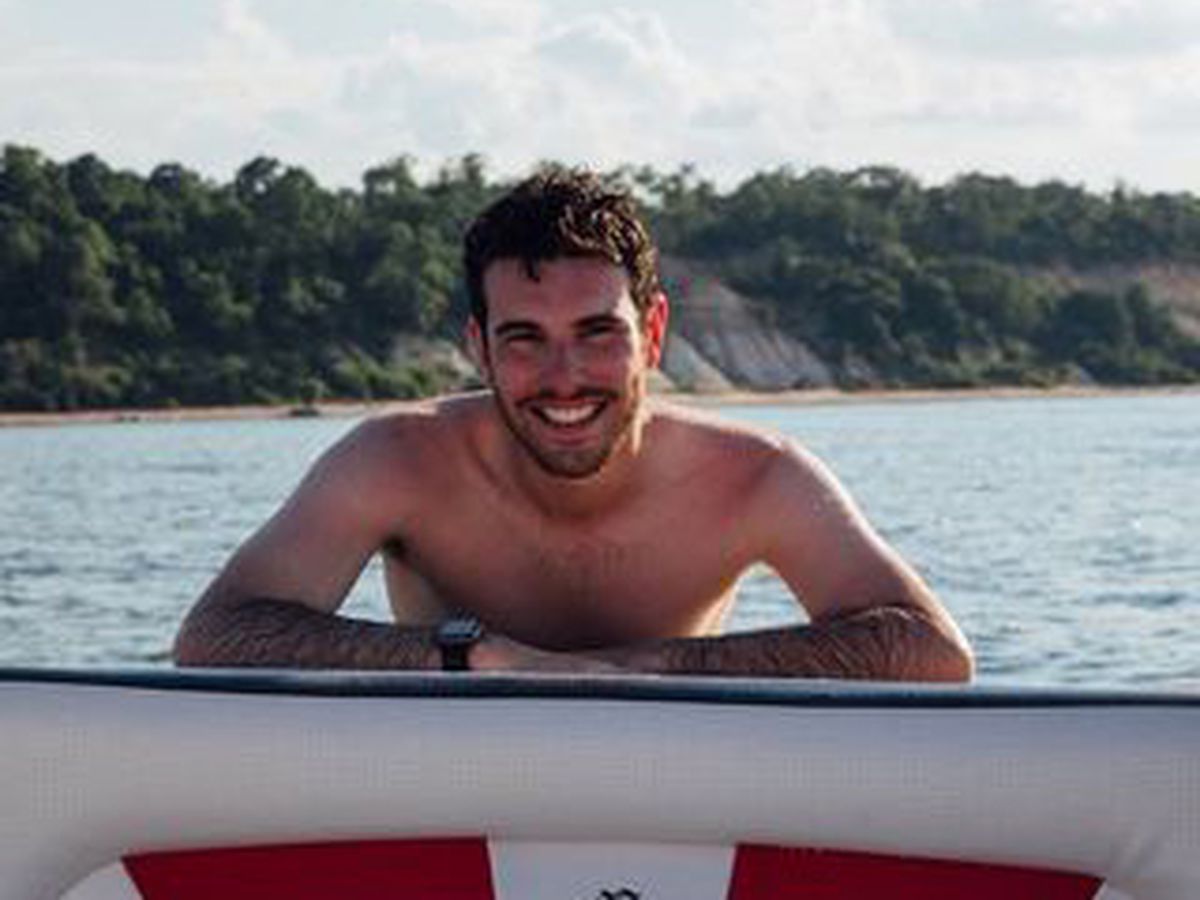 Capitol rioter from N.Y. told acquaintance he was just ‘participating in government Reddit partners with Ethereum Foundation to boost scaling and resources

Capitol rioter from N.Y. told acquaintance he was just ‘participating in...

Reddit partners with Ethereum Foundation to boost scaling and resources

Capitol rioter from N.Y. told acquaintance he was just ‘participating in...