Ahead of a planned platform rebrand early next year, ViacomCBS’ streaming service CBS All Access is getting a major upgrade.Today, the service will get an injection of 3,500 episodes from ViacomCBS brands like BET, Comedy Central, MTV and Nickelodeon, expanding the streamers’ total library to more than 20,000 episodes and movies.The content injection, which ViacomCBS CEO Bob Bakish has previously detailed to investors, also comes with a facelift to the service’s user interface, featuring the increasingly common side navigation panel replacing a top-of-screen navigation bar, improved personalization and search functions and standalone hubs for ViacomCBS’s television brands.The updates commence the beginning of a lengthy overhaul planned for the service, which aims to turn CBS All Access into the kind of all-purpose streamer that rival media companies like NBCUniversal, WarnerMedia and Disney—not to mention Netflix—are all attempting to build. The long-term plan is to transform All Access into a “house of brands” that can better compete with streaming’s heavy-hitters.“This is the first major step in transforming CBS All Access as you and I have known it into a diversified super-service,” said Marc DeBevoise, ViacomCBS’ chief digital officer and CEO of CBS Interactive, which oversees streaming services and mobile properties. “We’re shooting for early next year with more content and more features and lots more things coming, but we thought we could get out quickly with this launch and begin building out All Access into something bigger and broader.”One major building block of this week’s update is to bring content to the service that can broaden its target demographic. The service’s average user is between 43 and 44, almost evenly split between men and women, DeBevoise said. With the wealth of ViacomCBS programming available, All Access hopes it can attract new segments—particularly younger ones.To that end, ViacomCBS is bringing over a slate of popular children’s content, including all prior seasons of the beloved cartoon SpongeBob SquarePants. All Access will also become the home of a SpongeBob SquarePants spinoff original series, Kamp Koral, which will premiere on the streaming service in early 2021, as well as the Paramount Pictures film The SpongeBob Movie: Sponge on the Run, which had theatrical release planned for this summer, but was scrapped due to the Covid-19 pandemic.Also coming to CBS All Access is all seasons of the Nickelodeon cartoon Avatar: The Last Airbender, a title that, when it arrived on rival streamer Netflix in May, was a reliable fixture among the top 10 titles on the service for more than a month. The Legend of Korra, a sequel series to Avatar, is also available on All Access, and has been “doing phenomenally” on the service in the last few months, DeBevoise said. (ViacomCBS has also licensed that title to Netflix, where it will begin airing next month.)The platform is also getting an influx of comedy series and reality programming, including Chappelle’s Show and past seasons of Reno 911! (a reboot that was recently picked up on shortform streamer Quibi), MTV’s Laguna Beach, VH1’s RuPaul’s Drag Race and BET’s Real Husbands of Hollywood.“The content we’re adding definitely focuses on younger audiences,” DeBevoise said. “We think it is going to really broaden the appeal of the service in general.”All Access is also working to attract sports fans. The service is bringing UEFA soccer matches to the service next week, and if NFL season continues as planned this fall, CBS’s NFL coverage, including 2021’s Super Bowl LV, will be available on All Access, too.Those sports offerings will be a cornerstone for an expanded live channel offering on All Access that will continue to grow in the coming months, a feature that is seeing something of a resurgence as other streamers invest in always-on channels.Continue Reading 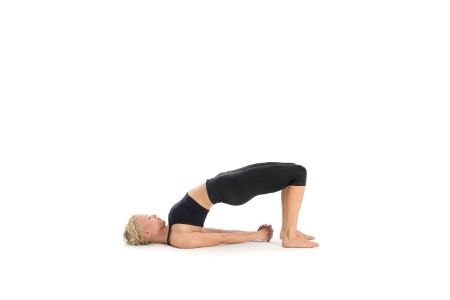