WASHINGTON — The House has just reached enough votes to impeach President Donald Trump for the second time after he encouraged a mob of loyalists to “fight like hell” against election results.

This is a breaking news story. An earlier version of the story is below. Check back for updates.

President Donald Trump is on the verge of being impeached for a second time, the House planning the unprecedented vote one week after he encouraged a mob of loyalists to “fight like hell” against election results and the U.S. Capitol became the target of a deadly siege.

While the first impeachment of Trump last year brought no Republican votes in the House, a small but significant number of leaders and other lawmakers are breaking with the party to join Democrats on Wednesday, unwilling to put American decency and democracy at further risk, even with days remaining in the president’s term.

The stunning collapse of Trump’s final days in office, against alarming warnings of more violence ahead by his followers, leaves the nation at an uneasy and unfamiliar juncture before Democrat Joe Biden is inaugurated Jan. 20.

“If inviting a mob to insurrection against your own government is not an impeachable event, then what is?” said Rep. Jamie Raskin, D-Md., a drafter of the articles of impeachment.

Trump, who would become the only U.S. president twice impeached, faces a single charge of “incitement of insurrection.”

If the House impeaches President Trump, a Senate trial on whether to convict him of inciting insurrection seems all but certain to have to wait until President-elect Joe Biden is inaugurated.

The four-page impeachment resolution relies on Trump’s own incendiary rhetoric and the falsehoods he spread about Biden’s election victory, including at a White House rally on the day of the Jan. 6 attack on the Capitol, in building its case for high crimes and misdemeanors as demanded in the Constitution.

Confronting his potential place in history, Trump warned lawmakers off it, suggesting it was the drive to oust him rather than his actions around the bloody riot that was dividing the country.

A Capitol police officer died from injuries suffered in the riot, and police shot and killed a woman during the siege. Three other people died in what authorities said were medical emergencies. Lawmakers had to scramble for safety and hide as rioters took control of the Capitol and delayed by hours the last step in finalizing Biden’s victory.

The outgoing president offered no condolences for those dead or injured, only saying, “I want no violence.”

At least five Republican lawmakers, including third-ranking House GOP leader Liz Cheney of Wyoming, were unswayed by the president’s logic. The Republicans announced they would vote to impeach Trump, cleaving the Republican leadership, and the party itself.

Unlike a year ago, Trump faces impeachment as a weakened leader, having lost his own reelection as well as the Senate Republican majority.

Senate Republican leader Mitch McConnell of Kentucky is said to be angry at Trump, and it’s unclear how an impeachment trial would play out. In the House, Republican leader Kevin McCarthy of California, a top Trump ally, scrambled to suggest a lighter censure instead, but that option crumbled.

So far, Republican Reps. John Katko of New York, a former federal prosecutor; Adam Kinzinger of Illinois, an Air Force veteran; Fred Upton of Michigan; and Jaime Herrera Beutler of Washington state announced they, too, would join Cheney to vote to impeach.

The House tried first to push Vice President Mike Pence and the Cabinet to intervene, passing a resolution Tuesday night calling on them to invoke the 25th Amendment to the Constitution to remove Trump from office. The resolution urged Pence to “declare what is obvious to a horrified Nation: That the President is unable to successfully discharge the duties and powers of his office.”

Hours before the vote, however, Pence made it clear he would not do so. In a letter to House Speaker Nancy Pelosi, Pence said it was “time to unite our country as we prepare to inaugurate President-elect Joe Biden.”

Debate over the resolution was intense after lawmakers returned to the Capitol for the first time since the siege.

Rep. Sylvia Garcia, D-Texas, argued that Trump must go because, as she said in Spanish, he’s “loco” – crazy.

In opposition, Republican Rep. Jim Jordan of Ohio said the “cancel culture” was just trying to cancel the president. He said the Democrats had been trying to reverse the 2016 election ever since Trump took office and were finishing his term the same way.

While more Republicans may vote to impeach – and leaders are allowing them to vote as they wish – it’s far from clear there would then be the two-thirds vote in the evenly divided Senate needed to convict and remove Trump. Republican Sen. Pat Toomey of Pennsylvania joined Sen. Lisa Murkowski of Alaska over the weekend in calling for Trump to “go away as soon as possible.”

Unprecedented events, with just over a week remaining in Trump’s term, are unfolding as the FBI warned ominously of potential armed protests by Trump loyalists ahead of Biden’s inauguration.

A statement from President Trump about these potential protests was released by the White House Wednesday. It reads, “In light of reports of more demonstrations, I urge that there must be NO violence, NO lawbreaking and NO vandalism of any kind. That is not what I stand for, and it is not what America stands for. I call on ALL Americans to help ease tensions and calm tempers. Thank You.”

Capitol Police urged lawmakers to be on alert.

With new security, lawmakers were required to pass through metal detectors to enter the House chamber, not far from where Capitol police, guns drawn, had barricaded the door against the rioters. Some Republican lawmakers complained about the screening.

Biden has said it’s important to ensure that the “folks who engaged in sedition and threatening the lives, defacing public property, caused great damage – that they be held accountable.”

Fending off concerns that an impeachment trial would bog down his first days in office, the president-elect is encouraging senators to divide their time between taking up his priorities of confirming his nominees and approving COVID-19 relief while also conducting the trial.

The impeachment bill draws from Trump’s own false statements about his election defeat to Biden. Judges across the country, including some nominated by Trump, have repeatedly dismissed cases challenging the election results, and former Attorney General William Barr, a Trump ally, has said there was no sign of widespread fraud.

Like the resolution to invoke the 25th Amendment, the impeachment bill also details Trump’s pressure on state officials in Georgia to “find” him more votes and his White House rally rant to “fight like hell” by heading to the Capitol.

While some have questioned impeaching the president so close to the end of his term, there is precedent. In 1876, during the Ulysses Grant administration, War Secretary William Belknap was impeached by the House the day he resigned, and the Senate convened a trial months later. He was acquitted. 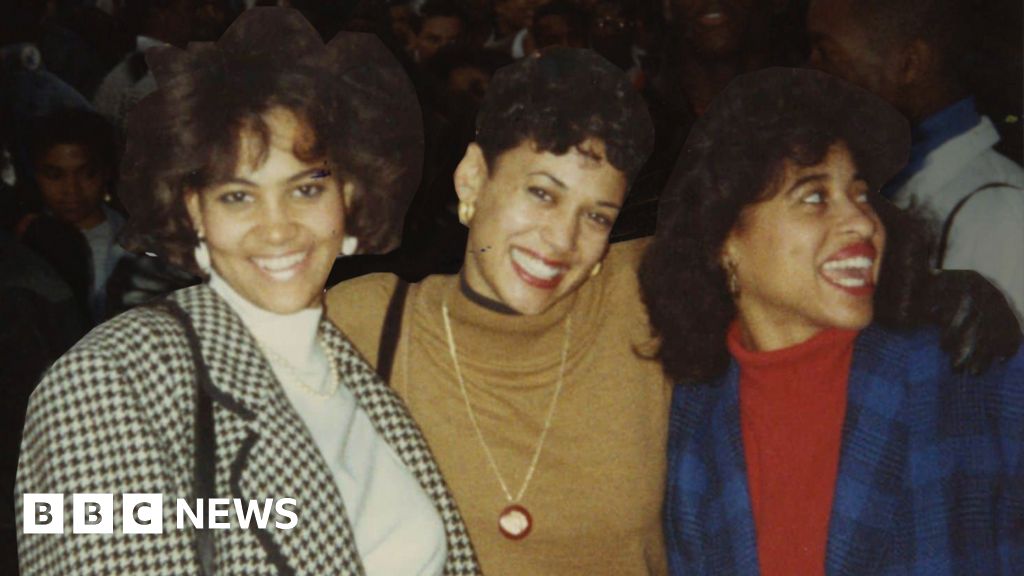 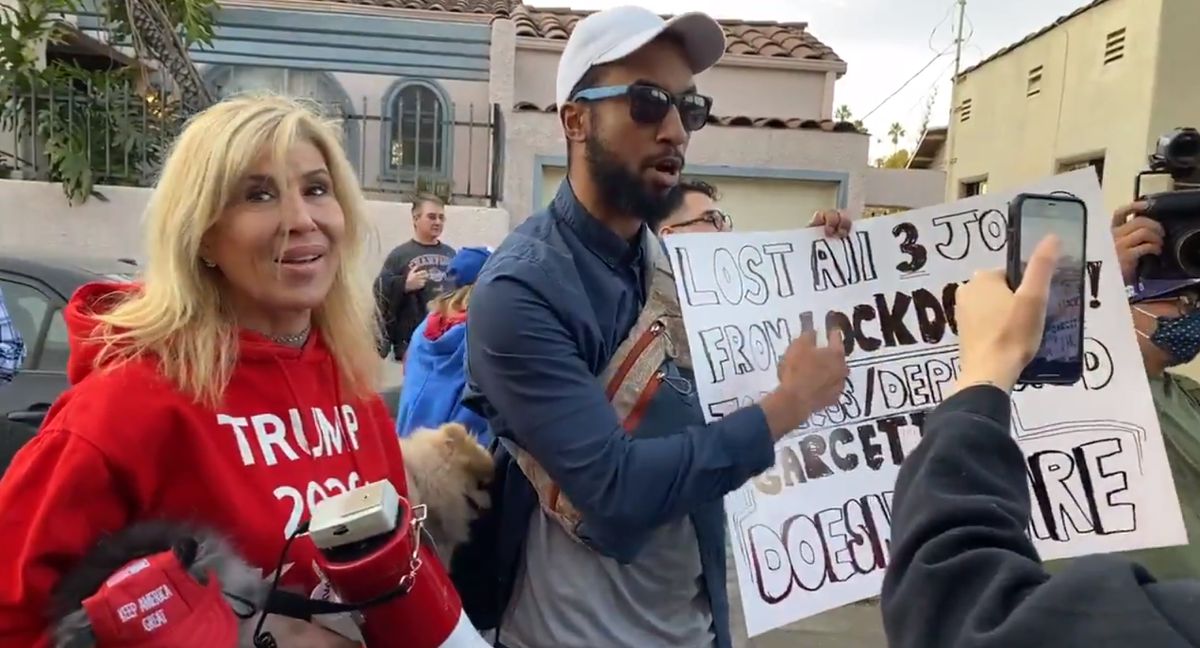