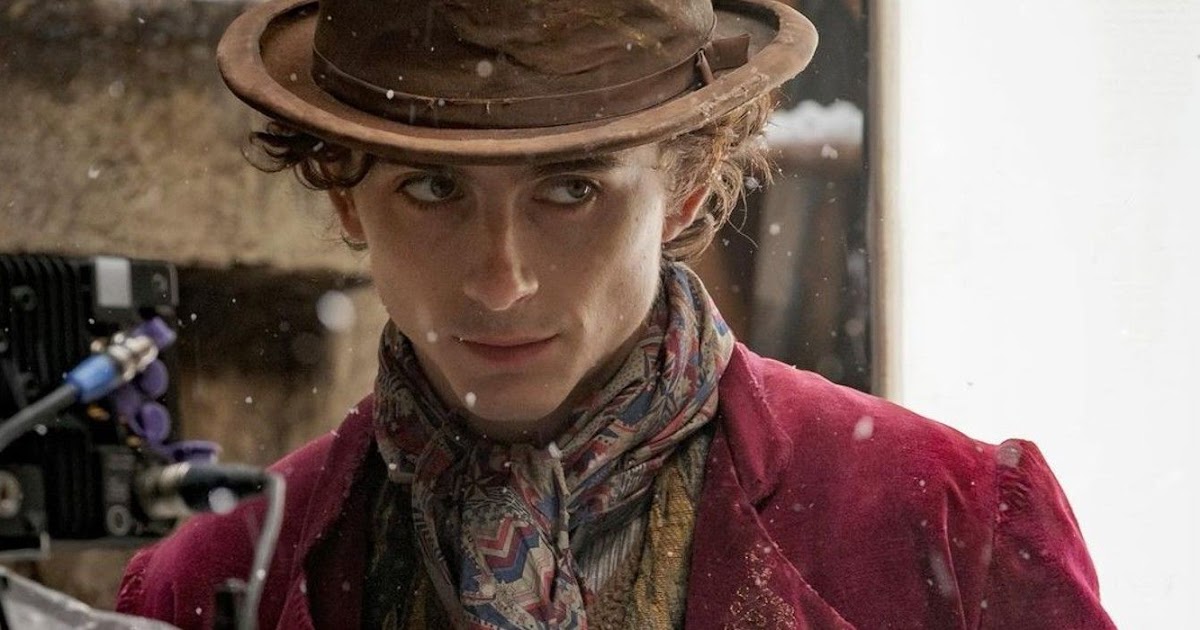 A new set video shows Wonka star Timothée Chalamet shooting a musical number for the upcoming Willy Wonka prequel. Based on characters from Roald Dahl’s beloved children’s book Charlie and the Chocolate Factory, Wonka will tell the story of the young chocolatier’s upbringing and his rise to fame. Paddington director Paul King is helming the film, scheduled for release on March 17, 2023.

Chalamet is joined by an impressive roster of cast members, including Keegan-Michael Key, Sally Hawkins, and Rowan Atkinson, best known for his seminal character Mr. Bean. Warner Bros. has kept mum on plot details and character biographies, but it is rumored that Olivia Colman will be portraying a villain. With production on Wonka well underway, set photos of the highly anticipated film have begun to leak.

Now the first video footage of the Wonka set has emerged, courtesy of the account @_ARTSARTSARTS. Filmed in rural England, Chalamet can be seen riding on top of a truck through what is presumably his small village. With a whimsical musical number playing in the background, Chalamet sings, “Now it’s time to show the world my recipes. I’ve got twelve silver sovereigns in my pocket and a hat full of dreams.” Out of sight, another actor yells, “Good luck Willy!“ @wonka_news corroborated the footage with additional photos of Chalamet in action. Check out the set video below.

The set footage confirms that Wonka will at least start as a straightforward coming of age story, as the young candyman leaves his small town behind to make a name for himself in the big world of chocolate. The video and accompanying photos also give fans another chance to look at the costume that Chalamet had previously revealed on Instagram. Here the actor dons his character’s brown top hat, eye-popping coat, and what appears to be a cane, indicating that Wonka acquires his signature look early on in the film. The traveling chocolatier also has a knapsack in tow.

The new footage also supplies fans with a first peek at some of the music featured in the film. Wonka is rumored to be chockablock with song and dance numbers, and the set video at least confirms the former to be true. From the brief snippet of audio, Chalamet appears to be singing a somewhat bouncing, jubilant number. Chalamet has denied that Wonka is a dark tale, claiming instead that the film is a “celebration of being off-center.” The leaked footage seems to confirm that celebratory tone so far.