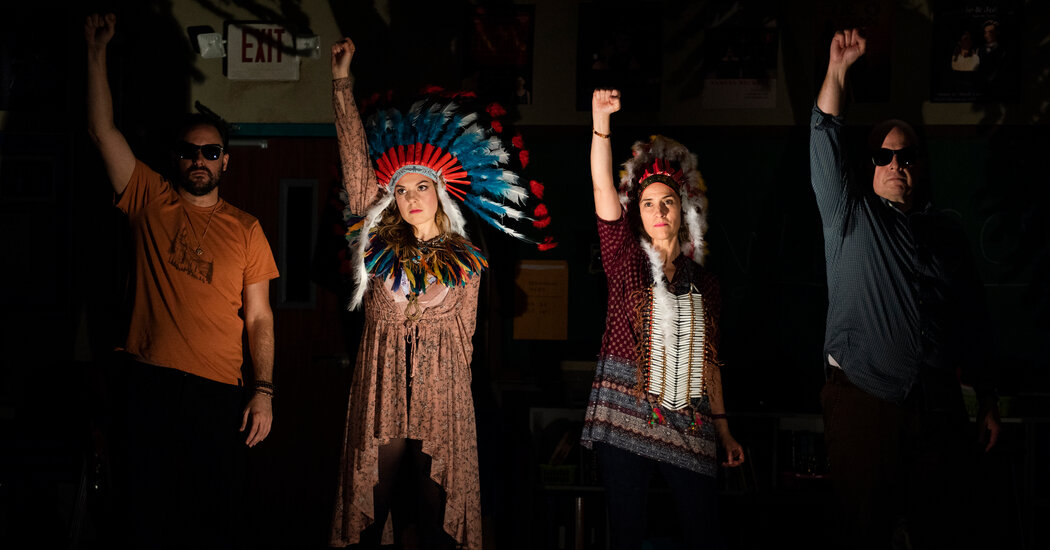 In the wake of complaints that “Spotlight on Plays,” a benefit series of Zoom readings, included work only by men, its lead producer announced on Tuesday four more planned shows, all written by women.

They are “The Ohio State Murders,” by Adrienne Kennedy; “The Thanksgiving Play” by Larissa FastHorse, a recently named MacArthur fellow; “Dear Elizabeth” by Sarah Ruhl; and “Angry, Raucous and Shamelessly Gorgeous,” by Pearl Cleage.

The series, of one-night events that benefit the Actors Fund, begins on Wednesday night with Gore Vidal’s political drama “The Best Man.”

Soon after the announcement, women in the theater world took to social media to point out that all of the writers were men, some also noting that only one of them, O’Hara, was Black.

Questions of parity have been front and center in the theater world since the summer, even as very little work is being produced, most of it for short digital runs. Advocacy groups like Black Theater United and We See You, White American Theater have issued demands for change, with promises to hold theaters accountable for what they present and who they hire.

Jessica Johnson, a publicist for the “Spotlight on Plays” series, said in a statement that the four spring readings, which don’t yet have casts or run dates, had already been in development.

“These plays have been in the works and were decided upon before,” she said. Several additional titles will be announced for the spring within a week, she added.