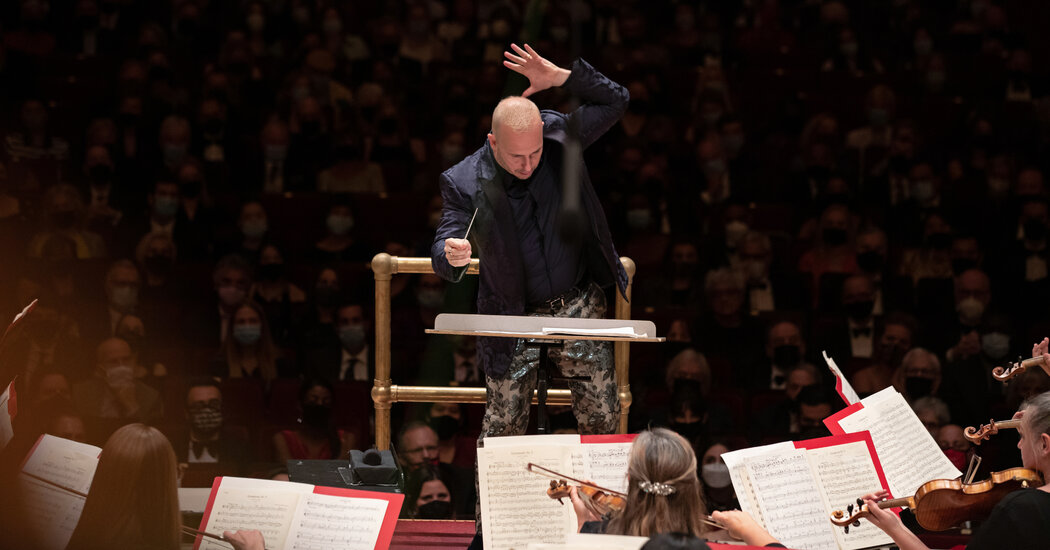 After being closed for 572 days because of the pandemic, Carnegie Hall, the country’s pre-eminent concert space, opened its season on Wednesday. It took only a simple greeting from the stage — “welcome back,” spoken by Clive Gillinson, the hall’s executive and artistic director — for the audience to burst into sustained cheers.

On paper, the Philadelphia Orchestra’s program — including favorites like Bernstein’s joyous overture to “Candide” and staples like Beethoven’s Fifth Symphony — seemed tilted toward an opening night’s traditional purpose as a crowd-pleasing fund-raising gala. Yet both the choice of works and the vibrant music-making went deeper into questions of classical music’s relevance and renewal than I had expected.

Yannick Nézet-Séguin, the orchestra’s music director, began by leading a performance of Valerie Coleman’s “Seven O’Clock Shout,” a work that the Philadelphians premiered online in May. This five-minute score has become the orchestra’s unofficial anthem for this difficult period. Inspired by Boccaccio and the 7 p.m. cheers for frontline workers during the pandemic, the piece offers a hard-won vision of a more beautiful place.

It opens with cautious trumpet fanfares that activate tremulous strings. The music goes through passages of jittery riffs, burnished string chords, elegiac quietude and eruptive restlessness — complete with actual shouts and claps from the players. The piece at times has a Copland-esque glow, but Coleman adds tart harmonic tweaks and assertive syncopations that continually surprise.

The brilliant pianist Yuja Wang was the soloist for Shostakovich’s Piano Concerto No. 2, a work from 1957 considered one of this composer’s lighter, wittier scores. But from the start, this performance — especially Wang’s commanding, colorful playing — seemed determined to look below the bustling surface for hints of the bitterly satirical Shostakovich.

As the orchestra played the chortling opening theme, alive with woodwinds, Wang almost sneaked into the fray with a subtly lyrical rendering of the piano’s quizzical lines. Then, taking charge, she dispatched bursts of brittle chords, tossed off creepy-crawly runs and kept bringing out both the sweetly melodic and industriously steely elements of the three-movement work.

Then Nézet-Séguin, who in his other role as music director of the Metropolitan Opera is currently leading performances of Terence Blanchard’s “Fire Shut Up in My Bones,” turned to the “Candide” overture — and may have tried too hard to tease out jagged edges and multilayered complexities in Bernstein’s sparkling, impish music.

He then spoke to the audience about how the disruptions of the pandemic shook our collective sense of “where we are, where we are going,” and explained the pairing of the final two works on the program: Iman Habibi’s short “Jeder Baum spricht” (“Every Tree Speaks”) and Beethoven’s Fifth. The Habibi score, written in dialogue with the Fifth and Sixth symphonies, was premiered in Philadelphia on March 12, 2020, to an empty hall, just after pandemic closures began.

Habibi imagines how Beethoven, a nature lover, might respond to today’s climate crisis. On Wednesday, the compelling piece came across like a series of frustrated attempts at cohesion and peace, with fitful starts, hazy chords and driving yet irregular rhythmic figures. Finally, there is a sense, however uneasy, of affirmation and brassy richness.

Without a pause, Nézet-Séguin dove into the Beethoven. And if you think this classic work has to sound heroic and monumental, this performance was not for you. Here was an impetuous, in-the-moment account. Tempos shifted constantly. Some passages raced forward breathlessly, only to segue to episodes in which Nézet-Séguin drew out lyrical inner voices you seldom hear so prominently. It was exciting and unpredictable. Beethoven felt like he was responding to Habibi, as much as vice versa.

The Philadelphians had planned to present a complete survey of the symphonies at Carnegie last season, as part of the celebrations of Beethoven’s 250th birthday. That cycle will now take place in five programs over the coming months, with most of these totemic works preceded by shorter new pieces. (Coming to Carnegie no fewer than seven times in all, the orchestra also plays more Coleman in February, alongside Barber and Florence Price, and Beethoven’s “Missa Solemnis” in April.)

If the opening-night pairing and performances were indicative, this series will be a stimulating conversation between classical music’s storied past and the tumultuous present.