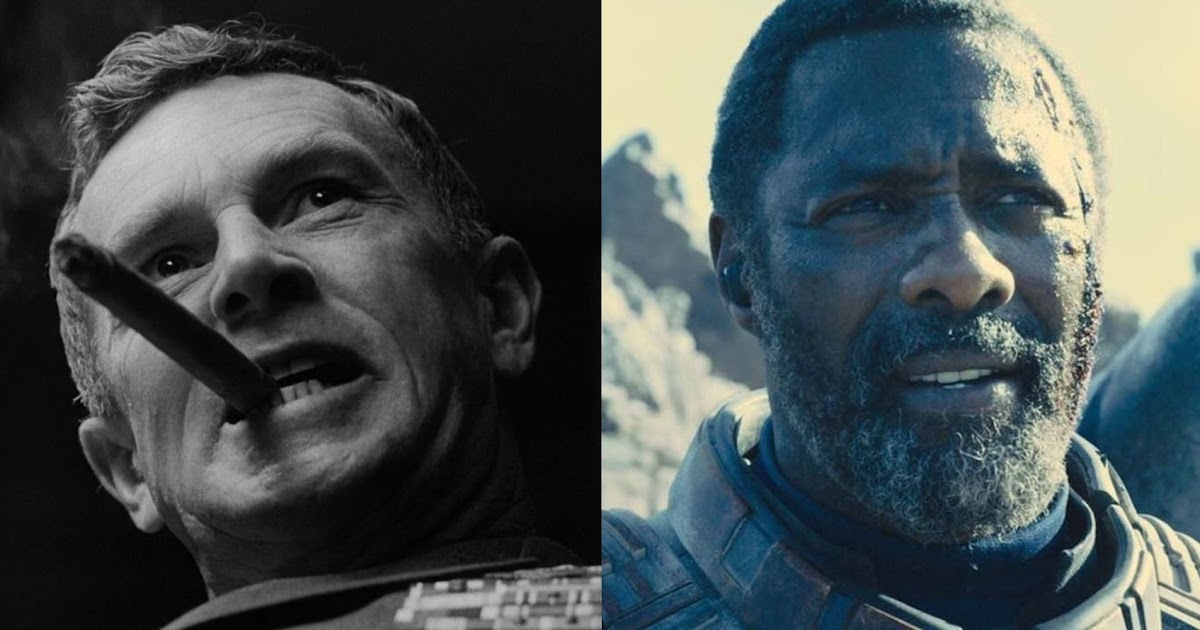 Often regarded as one of the greatest movies of all time, Dr. Strangelove remains an incredible cinematic achievement to this day. The 1964 nuclear war satire remains sharp, funny, and insightful nearly 60 years later. And while Stanley Kubrick’s masterful direction is a big part of that, the pitch-perfect cast cannot be overlooked.

The movie boasts some truly iconic performances, especially with Peter Sellers taking on three separate roles. But while Dr. Strangelove seems like one of those classic movies Hollywood wouldn’t dare to remake, it is fun to imagine what modern cast might bring it to life.

The whole mess of the movie is set in motion by one man, General Ripper (Sterling Hayden). Ripper is a very serious and commanding military official who has grown delusional in the Cold War and orders a nuclear attack against the Soviets in order to stop their evil plans.

While Ripper has some outlandish ideas, the role is made quite funny by the fact that he is a very serious man. Idris Elba has the kind of commanding presence necessary for a role like this. Much like his guest-starring role in The Office, Elba can step into a madcap situation and play the role of the straightforward and authoritative figure.

When the attack is ordered on the Soviet Union, the President of the United States gathers his war council together to address the problem. He also invites along the Soviet Ambassador de Sadesky (Peter Bull). He is another goofy and colorful character in this ensemble who is also sneakier than he first appears.

Kayvan Novak is a terrific comedic actor who is best known for playing Nandor on What We Do in the Shadows. Novak excels at playing this rather unlikable vampire who is nonetheless funny in his ignorant and self-centered ways.

Though Mandrake was only one of three characters Peter Seller played in the movie, it seems more likely these roles would need to be split up among other actors. For Mandrake, Sellers is hilarious as the nervous yet persistent British officer who tries his best to prevent Ripper from carrying out his plan.

Like Sellers, Phoebe Waller-Bridge is a multi-talented star best known for her award-winning work on Fleabag. She has perfected that awkward British humor that would be perfect for the role of the neurotic Mandrake while also having the strength for some of the character’s more heroic qualities.

Though he is only in the movie for a short time, Colonel Guano (Keenan Wynn) is another funny addition to the story as he leads the attack on Ripper’s base to stop the attack. Guano is a no-nonsense man who just follows orders and has no patience when Mandrake attempts to explain the life-or-death stakes of the situation.

From Fury to The Punisher, Jon Bernthal has made a career out of playing tough guy characters who act first and ask questions later. He is ideal for the kind of military men like Colonel Guano and Bernthal’s trend of playing very serious and gruff characters would make the part all the funnier.

Another of Peter Sellers’s roles in Dr. Strangelove is that of the President of the United States. President Muffley certainly takes the situation at hand very seriously, but he is also probably not the best man to handle a crisis. As things grow worse, his lackluster skills as a leader become more clear, especially in his awkward phone call with the Russian president.

When thinking of bosses who are not great under pressure, Michael Scott from The Office certainly comes to mind. Steve Carell was hilarious at playing Michael as a manager who always says the wrong thing and seems to make every situation worse. A remake of Dr. Strangelove with Michael Scott as the president sounds like an ideal fit.

Oscar-winning actor George C. Scott was mostly known for his dramatic roles like Patton, but he gives a hilarious over-the-top comedic performance in Dr. Strangelove. Scott plays General Turgidson, one of the president’s top advisors who realizes the danger of the situation but also suspects everything is some plot by the Soviets to gain the upper hand.

Josh Brolin is also known for many intense dramatic performances. But some of Brolin’s most likable roles are when he is a total goofball. In movies like Inherent Vice and Hail, Caesar, Brolin plays his usual tough-guy role but also infuses the characters with zany comedic energy that fits into the world of these movies.

Perhaps the most iconic image from Dr. Strangelove is seeing Slim Pickens as Major ‘King’ Kong riding an atomic bomb down to its target as if it were a rodeo bull. Pickens plays the air force officer with a fun cowboy charm making him a larger-the-life character. He is a talkative and confident man even in the midst of this world-ending mission.

Melissa McCarthy is a brilliant comedic actor who has a talent for playing big and bold characters without making it seem too much. Her breakout role in Bridesmaids is a perfect example of the kind of wild and hilarious energy she could bring to the role of Kong. It is funny enough just imagining her re-enacting that famous bomb-dropping sequence.

The third and final role Peter Sellers plays in the movie is the titular Dr. Strangelove. He is a former Nazi scientist now working as part of the president’s council. The character, including his hand that has a mind of its own, is the most broadly comedic one of the movie, seeming cartoonish at times yet it is an undoubtedly hilarious creation.

Sacha Baron Cohen resembles a modern-day Peter Sellers at times with his own career filled with strange and eccentric characters. He would surely be able to bring such an unusual creation to life and turn the small role into a scene-stealing character who earns the biggest laughs.