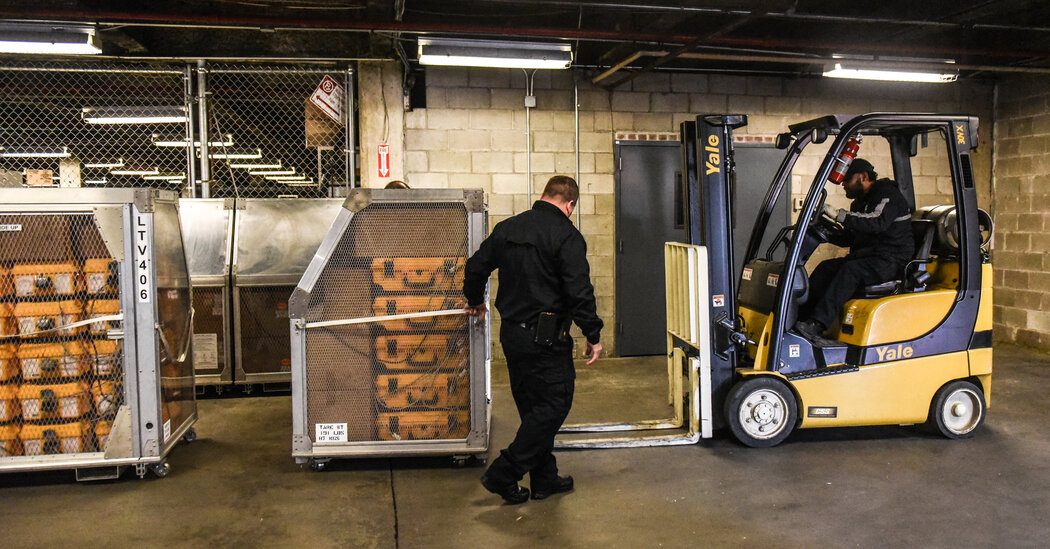 As the coronavirus ravaged New York this spring, state officials faced a terrifying prospect: Casualties were mounting, and the reserve of ventilators and masks was dwindling. As doctors considered rationing lifesaving treatment, the state rushed into $1.1 billion in deals for supplies and equipment.

Now, New York wants much of that money back.

State officials are trying to get at least partial refunds on a third of that spending, by clawing back millions paid to vendors that they said failed to deliver on time, and working to extricate the state from deals now that stockpiles are sufficient, an analysis by The New York Times shows.

The same is true in New York City, where officials have canceled $525 million in agreements for virus-related goods — more than a quarter of the total virus spending for the city’s primary procurement agency — and are trying to recover nearly $11 million from vendors they said did not deliver.

The reversals follow a frantic buying spree during the virus’s ferocious surge through New York. After Gov. Andrew M. Cuomo and Mayor Bill de Blasio suspended normal rules for bidding and oversight, their administrations sometimes turned to companies with colorful résumés and claims of access to manufacturers, but little experience.

“We were scouring the world to find every company that could provide the critical supplies and equipment needed to save lives and keep people safe,” said Adam Buchanan, the chief contracting officer for New York City’s primary procurement agency.

On the chance these suppliers might deliver, officials made quick agreements involving a used car seller, a shoe importer, a military consulting company, an old acquaintance of the state’s health commissioner, and even a company that sold sex toys along with medical devices. They sometimes paid up front — a practice not normally sanctioned — to secure the merchandise.

Richard Azzopardi, a senior adviser to Mr. Cuomo, said officials had to “look under every rock” while competing with other states for equipment because the federal government had abandoned management of the pandemic.

“If it meant saving lives, we would have bought ventilators from Larry Flynt,” Mr. Azzopardi said, referring to the longtime publisher of Hustler, a pornographic magazine.

The Times analyzed medical-supply contracts of $100,000 or more since March 1 based on data from the state comptroller, and found the state has sought to recoup money on deals that made up a third of its $1.1 billion in spending.

Mr. Azzopardi said that as of Monday, the state had clawed back $233 million of that spending, and was seeking millions more.

A few vendors have cooperated. Others have resisted, faulting officials for missteps or reneging on commitments. Some said they are small companies that tried to help and could not afford to return the government’s money. When companies refuse to comply, Mr. Azzopardi said, “we will use all our legal options to ensure either appropriate equipment is provided or that state money is returned.”

One company that received millions in state funds was Please Me L.L.C., whose products include not just small medical devices but also sex toys, children’s books and a mask for dry eyes.

The company told the state that it could furnish ventilators, which it had never sold before, and the state paid $12.5 million up front in March — a deposit on 1,000 units.

Nine months later, Please Me has not delivered any of them, the parties disagree on who is to blame, and the state’s deposit is in jeopardy.

State officials said the company had used one of its business names, Wizard Research L.L.C., which appears on an American Hospital Association list of vetted nontraditional vendors of masks and gowns. Wizard had also sold blood pressure monitors and its own USB-heated dry eye mask. The company’s founder, Eddie Sitt, said medical products were his main business.

“Please Me L.L.C./Wizard Research is probably the most qualified vendor that they contracted with,” Mr. Sitt said by email.

After making the deal, Please Me requested a deposit, saying supply had tightened. Later, the company asked to substitute a different model, state officials said, and the state declined.

Mr. Sitt disputed that account. He said that the state had agreed to a substitution, and that the alternate was pricier. Mr. Sitt said the ventilators, brought to New York from China, were now in storage.

In some cases, officials have begun going to court to settle the disputes.

Last month, the city sued Global Medical Supply Group L.L.C. in a Florida federal court for nearly $4.3 million, more than half of what the city paid up front for ventilators that never arrived.

The company, based in Boca Raton, Fla., was founded in March by Tyler Gelb, who until then had been a sales manager at a used luxury car dealership. Mr. Gelb’s romantic partner, Victoria Conlen, was an officer in Global as well.

Ms. Conlen claimed they could deliver ventilators within days, the city’s suit says.

In reality, Global’s contact was a Florida man who imported shoes from China and said he could obtain ventilators through a Chinese exporter of footwear, according to the city.

The city in late March agreed to buy 130 ventilators for $8.3 million. Based on a purchase order, officials wired the full payment, most of which was sent to the businessman in China, Zhu Yong.

But Mr. Zhu did not obtain the ventilators. He and Global have returned only about $4 million, and now the parties are pointing fingers at one another. Global, which claims it can’t get the rest of the money back from China, sued the city, Mr. Zhu and the shoe wholesaler in June. The wholesaler countersued Global. The city sued all of them in October.

Mr. Zhu did not respond to an emailed request for comment.

Marcus Corwin, a lawyer for Mr. Gelb and Ms. Conlen, said Mr. Gelb made clear to the city he had no experience with ventilators.

“They may be naïve, but they are not thieves,” Mr. Corwin said. “What is interesting is why the city of New York would wire eight-point-something million dollars to a company that had never sold a ventilator before and had only been incorporated for two weeks.”

From the military to masks

They attempted to verify the existence of companies and check the backgrounds of their officers. Some sold counterfeit products, or falsely claimed to be licensed resellers. Others promised more than they could deliver.

Siege missed its first shipment deadline in April. By July 1, Siege had supplied less than a fifth of the masks it promised, according to city correspondence with the company.

By then, officials said they no longer needed the masks, canceled the purchase order and sought the return of almost $5.2 million. Siege has refused, arguing the cancellation was improper.

David Oskirko, Siege’s president, said the company entered the mask business because it had contacts in China from selling law enforcement apparel. It was slow getting started but was able to make deliveries when the city canceled right before another payment would have been due, he said.

Mr. Oskirko said he would love to deliver more masks, but repaying $5 million would drive his small company under.

“We put our life and soul into this,” Mr. Oskirko said. “To tee it up, it wasn’t a simple thing, and I don’t think they appreciate that.”

New York State has had mixed results in trying to recover money it paid up front.

Officials were able to get back about half the $133 million paid to Dome International Inc. for ventilators and supplies. The company, which sells medical devices for home care, had never sold ventilators to the state before, and was willing to negotiate the order down from 5,700 to 3,100. It has fulfilled the order.

That was not the case with JMS Tradewell L.L.C., a Pakistan-based garment company with a small footprint in Manhattan. The company received $3.6 million from the state in March to procure 100 ventilators by April through its Chinese contacts. But the ventilators did not arrive on schedule.

The state blamed the company and has sought a full refund. The company owner, Khayyam Sethi, said the state was slow with its payment and caused the deadline to be missed. The ventilators were ready by June, he said. But by then, the state did not want them and tried to get its money back by pushing the Chinese manufacturer to resell the units, he said.

Mr. Sethi agreed in writing to refund the full amount — and has paid back $310,000 that was still in his possession — but he believed the repayment agreement hinged on the Chinese manufacturer finding new buyers for the ventilators. That has not happened, Mr. Sethi said.

Instead, he said, the ventilators are currently en route to New York. Mr. Sethi said they would be stuck at the port because he cannot afford the final delivery costs.

“I came to the U.S. to start a business,” he said. “The only mistake I made was to decide to help New York State. And now I feel like I’m in such a deep mess.”

Another contract that did not pan out for the state came after an inquiry from an old acquaintance of Dr. Howard Zucker, the state health commissioner, from a time when both were White House fellows under former President George W. Bush.

The acquaintance, Dr. Mike Lynn, an emergency medicine physician and venture capitalist, had developed a breath test to detect marijuana in the lungs through his Oakland-based company, Hound Labs Inc. Dr. Lynn thought the gadget might be adapted to detect the coronavirus.

He and Dr. Zucker had not been in touch until a pizza party reunion of former fellows about a year ago, Dr. Zucker said in an interview. Dr. Lynn reached out early this year, Dr. Zucker said, to pitch his breath test idea. Testing — rapid testing in particular — was not readily available at the time.

After review by state scientists, Hound Labs received a $750,000 contract.

“It would have been a game-changer,” Dr. Zucker said. But after initial testing by Hound Labs, the state decided the breath device was not working.

Dr. Lynn said the results were inconsistent but successful, detecting the virus in some patients but not in others. He said that people with the virus in their breath might be more likely to transmit it, a theory he wants to continue exploring in a clinical study. 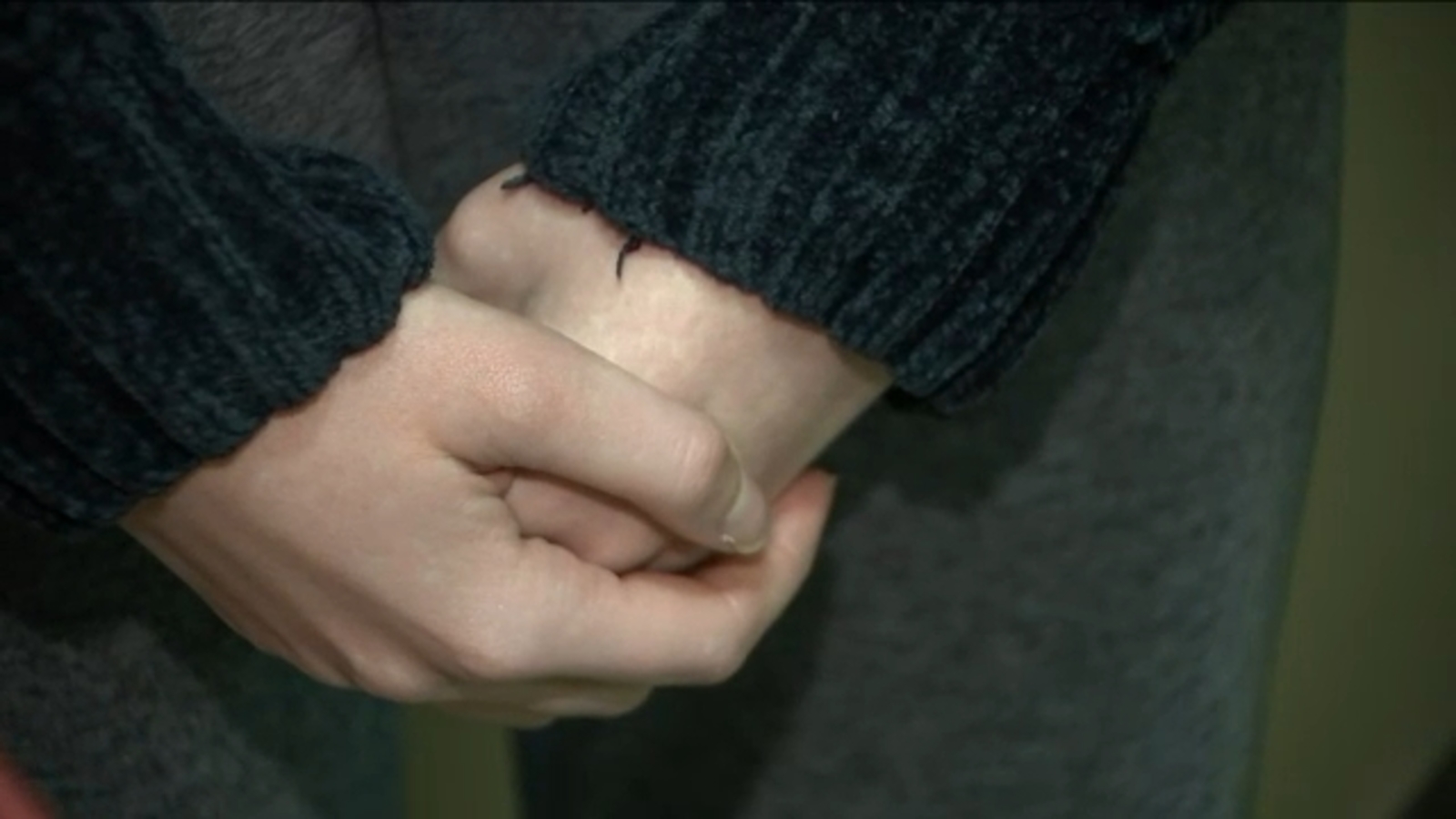