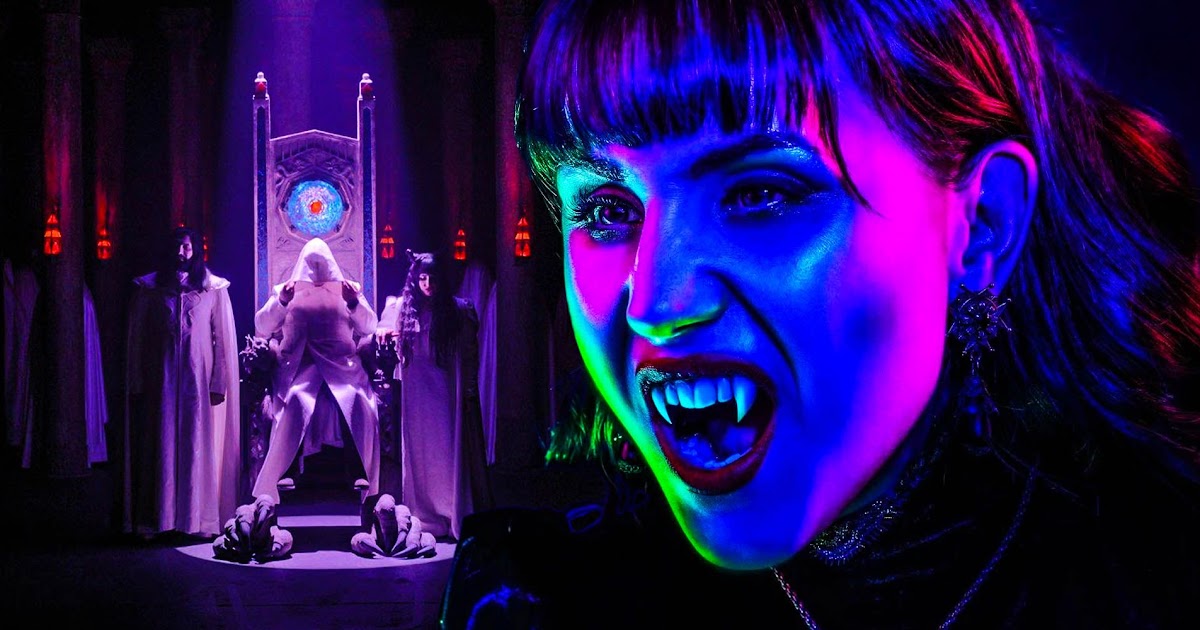 What We Do In The Shadows’ Nadja of Antipaxos (Natasia Demetriou) is bound to ascend to the Supreme Council of vampires. A 500-year-old vampire of Romani descent, Nadja had a very disadvantaged life as a human. But in What We Do In The Shadows season 3, Nadja – along with her roommates Nandor (Kayvan Novak), Laszlo (Matt Berry), and Colin (Mark Proksch) – are promoted to become the leaders of the local Vampiric Council.

In the final episode of What We Do In The Shadows season 2, the group is summoned by the Vampiric Council to be executed for killing Baron Afanas (Doug Jones). However, Guillermo (Harvey Guillén) breaks out his masters and kills the council members in the process. While this makes the vampires fear retaliation from the other elders, the Supreme Council instead recognizes the massacre as a sign of strength. And as a result, Nadja’s group was promoted into the new leaders of the local Vampiric Council.

While Laszlo and Colin are uninterested in their new leadership roles, Nadja and Nandor bicker over who gets to sit on the council’s throne, much to the chagrin of the Floating Woman, also known as the vampire council Guide (Kristen Schaal). Guillermo convinces Nadja and Nandor to let him sit on the throne to keep up appearances that the council is united by a single figure. However, this is only a temporary solution to the building tensions between Nadja and Nandor. And the evidence suggests that not only will Nadja take the local Vampiric Council throne; she will also eventually ascend the ranks to become a member of the Supreme Council.

Before the four vampires ascended to become the leaders of the local Vampiric Council, it was Nandor who primarily dealt with council matters. Nandor is the de facto leader who answers emails and deals with the vampire bureaucracy. However, it is Nadja who clearly has the most natural leadership ability. Even when the energy vampire Colin Robinson, along with Laszlo and Nandor, are adamant about their opinions on vampire matters, they often end up following Nadja’s lead, as her decisions are often congruent with the traditional dominating perspective that is expected of elder vampires. For instance, it was Nadja’s violently vocal objections to Baron Afanas’ orders that eventually led them to follow with the plan to kill him, which would’ve likely still happened had Guillermo not accidentally finished the job.

Nadja was also right about Laszlo’s witch-skin hat being cursed, and the entire group would’ve avoided all the trouble with Simon the Devious (Nick Kroll) had Laszlo heeded her advice about ditching the hat. Moreover, when Nadja and Nandor are called by the Guide to perform their duties of judging erring vampires for the council, Nadja is much more decisive than Nandor, whose bureaucratic tendencies tend to get in the way of decision making. And although Guillermo’s vampire-killing abilities give him the highest kill count in What We Do In The Shadows, the show’s most brutal vocal insults undoubtedly belong to Nadja. This strong penchant for insults will come in handy when she ascends to become a Supreme Council member, as it will allow her to dominate vampires that are much more assertive than her roommates and the remaining vampires of New York.

As the group’s recent promotion shows, the Supreme Council respects brutality. There’s no question that Nadja is the most brutal and dangerous vampire in the main cast. When it comes to brutality, her roommates pale in comparison. For instance, Laszlo only kills out of necessity, like when he murdered the owner of a Pennsylvania bar in order to take it over and assume the role of beloved human bartender Jackie Daytona. Meanwhile, the energy vampire Colin has never killed anyone, although the fate of his victims may be worse than death. As for Nandor, who was a mass-murdering military and political leader based on Vlad the Impaler, he has actually shown a disdain for violence. Instead, it is always Guillermo who does all the killing for Nandor. However, Guillermo, who will likely never become a vampire, is not a real contender for the throne.

Moreover, while Guillermo’s kill count is unrivaled, the most brutal kill still belongs to Nadja, when she tore out the heart of a vampire who refused to pay council dues, essentially putting a stop to a fledgling vampire rebellion with one move. Nadja also accidentally kills Nandor’s werewolf love interest, Gail (Aida Turturro), when she kicks a ball that hits her right in the head, which happened during the Twilight parody episode, in which the vampires played kickball with the werewolves. While Nadja has only killed humans for blood during previous seasons, What We Do In The Shadows season 3 seems to be exploring her knack for decisive violence, which will garner the favor of the Supreme Council.

Despite Nandor’s past of laying waste to countless lives over several centuries, he is mostly unwilling to do any actual violence and often focuses on the bureaucratic aspects of leadership. This is why Nandor will most likely step aside for the much more decisive Nadja to take the Vampiric Council throne. With Nadja as the leader, Nandor can do what he does best and let his familiar and bodyguard, vampire hunter Guillermo, do all the dirty and violent work for the council. Moreover, Nadja had already shown how easily she could manipulate Nandor when she made him take the blame for the Sire’s escape, which was really her fault. This incident will also no doubt factor into the debate on who deserves the throne more. Meanwhile, the recently resurrected Baron Afanas, who is already vampire royalty, is unlikely to threaten Nadja’s ascension. As for the Floating Woman, aka the Guide, she likely sees Nadja as a decisive leader – someone whom she can serve with loyalty.

On the other hand, these are the paths that would make the most sense for the show’s main characters. And if there’s anything certain about What We Do In The Shadows’ main characters, it is that they are highly unpredictable. Although Nadja’s ascent to the Vampiric Throne and the Supreme Council of Vampires makes sense, it might be funnier for Nandor, Laszlo, or even Colin to get the promotion and interact with more powerful and dominating vampires. For now, it remains to be seen whether or not What We Do In The Shadows is ready to make such a huge and uncharacteristically sensible leap for the show.