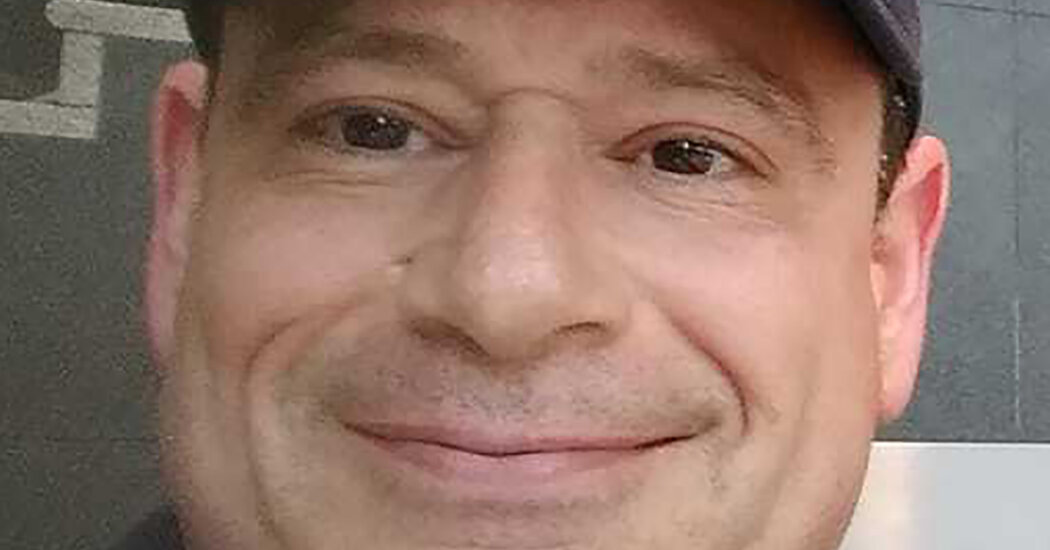 On Sunday, as votes were still being tallied in one of the most hotly contested elections in United States history, Brian Maiorana took to social media with a dark and violent message, prosecutors say.

Citing the anti-government novel “The Turner Diaries,” in which Jews and nonwhites are exterminated, Mr. Maiorana wrote that he wanted to “blow up” an F.B.I. building and made an anti-Semitic reference to “the Jew Senator from Jew York,” a veiled threat apparently directed at Senator Chuck Schumer, the Democratic leader.

In an early morning raid Tuesday, the authorities arrested Mr. Maiorana, 54, at his house on Staten Island. Later in the day, he was charged in court with making threatening interstate communications. Tuesday evening, he was brought before a magistrate judge in Brooklyn federal court who ordered that he be detained pending a bail hearing.

The prosecutors did not specify which online platform Mr. Maiorana used. His Facebook page is topped with the hashtag #All Lives Matter and makes clear that he supports President Trump, but it shows no sign of violent messages.

“The Department of Justice will not stand idly by when people like the defendant allegedly threaten to kill elected officials, lawful protesters and law enforcement simply because of animus towards the outcome of an election,” said Seth DuCharme, the acting United States attorney in Brooklyn. “Americans have a constitutional right to voice their opinions, but this office will not tolerate violence or threats of violence used to intimidate others with whom they disagree.”

The charges against Mr. Maiorana came as Americans waited anxiously for the election’s results to be certified and as Mr. Trump refused to concede to President-elect Joseph R. Biden Jr., choosing instead to make baseless claims about widespread voter fraud.

Prosecutors said in a criminal complaint that Mr. Maiorana’s belligerent posts included threats to kill people who celebrated the election’s outcome and a suggestion that the presidency had been “fraudulently stolen from us.”

On Oct. 19, prosecutors said, Mr. Maiorana wrote on an unidentified online platform that the time had come “where pipe bombs need to be thrown into these mobs,” a reference to the protests against police brutality that have continued across the country for months.

Two days after the election, the complaint said, Mr. Maiorana wrote: “The carnage needs to come in the form of extermination of anyone that claims to be a democrat.”

Then on Sunday, as many Democrats in New York City celebrated Mr. Biden’s victory, Mr. Maiorana wrote, “All right thinking people need to hit the streets while these scumbags are celebrating and start blowing them away,” the complaint said.

Mr. Maiorana was taken into custody at about 6:30 a.m. Tuesday by members of the Joint Terrorism Task Force, a unit composed of F.B.I. agents and New York Police Department officers.

Prosecutors said that he had been barred from owning firearms after being convicted of sexual assault in Pennsylvania in 2007.

But one law enforcement official, speaking on the condition of anonymity to discuss an active investigation, said that task force members had found a semiautomatic pistol, parts for a .22 caliber pistol, a Taser, a crossbow and an expandable baton at Mr. Maiorana’s home when they arrested him.

The authorities also found a book titled “The Anti-Government Movement Guidebook,” and a skull mask of the kind that prosecutors said was often used by members of right-wing extremist groups, prosecutors said.

According to the complaint, Mr. Maiorana also used the pseudonym “Proud Patriot Sailor” to post violent messages on mymilitia.com, an online meeting place and clearinghouse for right-wing extremists. The website, which has thousands of registered users, includes a feature for starting a militia or finding one of the several hundred such groups that already exist.

In June, prosecutors said, Mr. Maiorana went on mymilitia.com and responded to a message that appeared to advocate for violence. According to the complaint, Mr. Maiorana wrote, “I just joined, and right now I have no implement of war. Other than a steel police baton.”

He added that he had just ordered a “poly80 lower” — a reference to a weapon part — and a “drilling machine” to “start manufacturing implements of war,” the complaint said. He had bought parts for a semiautomatic pistol in June and July, the document said.