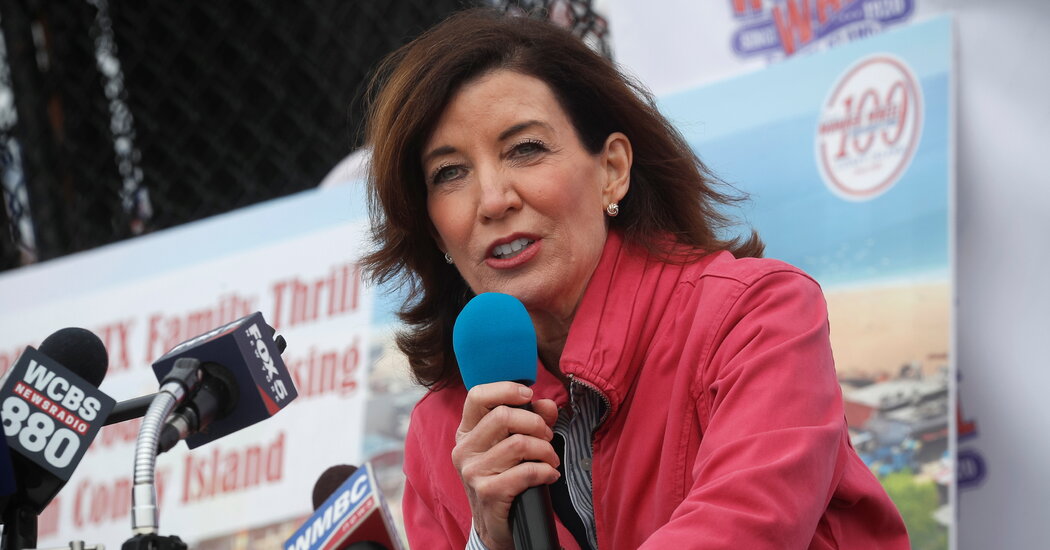 Kathy Hochul will take Andrew M. Cuomo’s place as governor of New York State, once his resignation goes into effect in 14 days.

“I agree with Governor Cuomo’s decision to step down,’’ Ms. Hochul said in a statement. “It is the right thing to do and in the best interest of New Yorkers. As someone who has served at all levels of government and is next in the line of succession, I am prepared to lead as New York State’s 57th Governor.”

Ms. Hochul has yet to issue a statement and she did not immediately respond to requests for comment.

Though she has served on Mr. Cuomo’s team since the 2014 election, she has largely been cut off from his inner circle. They have not spoken since February, a senior official told The New York Times earlier this week.

Nevertheless, on Tuesday, Mr. Cuomo expressed confidence in Ms. Hochul’s ability to govern as the state shoulders through the ongoing repercussions of the pandemic.

“Kathy Hochul, my lieutenant governor, is smart and competent,” Mr. Cuomo said during his resignation remarks. “This transition must be seamless. We have a lot going on. I’m very worried about the Delta variant, and so should you be, but she can come up to speed quickly.”

In the two weeks before she assumes office, Ms. Hochul will have a mountain of decisions to confront. She will have to decide the officials from the Cuomo administration whom she will retain and those she will let go. She will have to build up a staff of her own. Right now, her office currently numbers only nine employees, according to an aide.