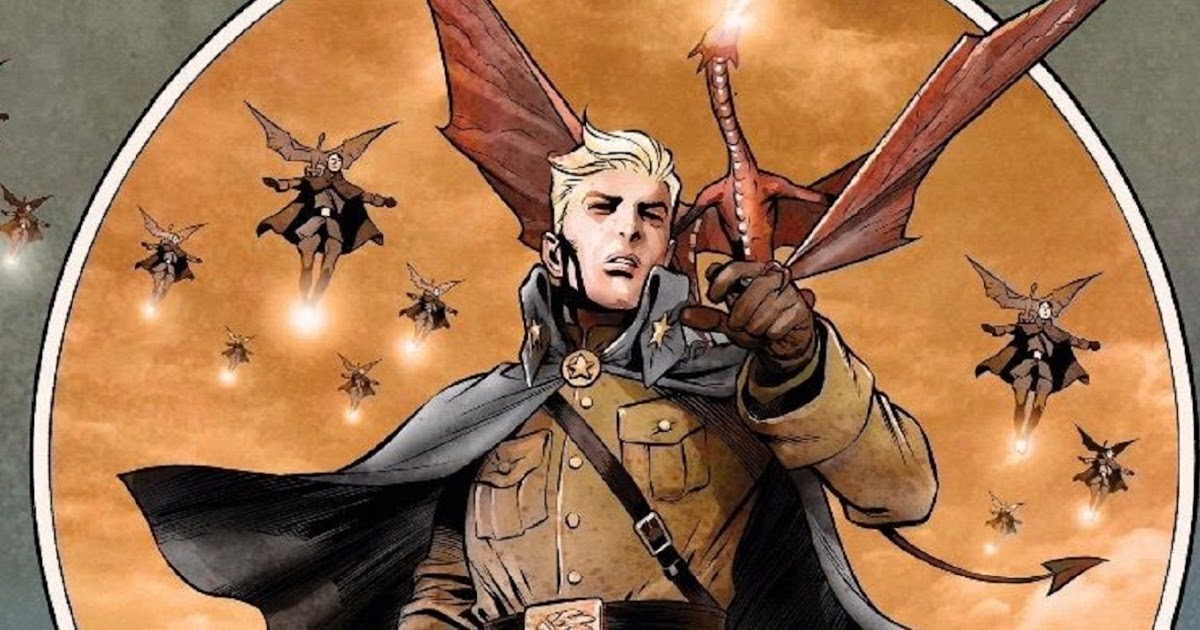 Kurt Busiek is returning to Image Comics and bringing along his fan-favorite series Astro City and Arrowsmith. Fans can expect a new Arrowsmith miniseries beginning in January 2022 and an Astro City one-shot in March 2022 that introduces the new status quo of the upcoming series. Image also teased that the creator would be bringing more new comics such as Free Agents and another story in The Autumnlands series, as well as re-releasing some of his other popular titles.

Busiek is well-known in the comic book industry not only for his creator-owned projects but also for his work at the Big Two, including Avengers, The Marvels, Superman, and JLA. Arguably his biggest creator-owned series is Astro City, a superhero comic book that began back in 1995 at Image Comics before going through several other publishers, including Image’s partner studio Wildstorm before eventually ending up in the hands of DC Comics and Vertigo. The series paid tribute to many iconic superheroes, notably including homages to characters like Superman (The Samaritan) and the Fantastic Four (Furst Family) while also exploring struggles superheroes could face in the real world. Then there was his fantasy title Arrowsmith, which began as a miniseries back in 2003 under the Cliffhanger imprint of Wildstorm.  The title took place during World War II with not just guns but also magic.

The official Image Comics press release expanded on a bunch of announcements related to Busiek’s return to the publisher. First off, his Arrowsmith comic book returns with a six-issue miniseries called Arrowsmith: Behind Enemy Lines. It will begin in January 2022 and the original series, Arrowsmith: So Smart In Their Fine Uniforms, will be collected in hardcover for February 2022. The artist for the new miniseries will be Carlos Pacheco (Avengers Forever, Fantastic Four, Final Crisis).  In the new miniseries, Fletcher Arrowsmith will be behind enemy lines and a secret history will be unveiled.

“Stepping back into this universe at long last, and writing these characters again feels like coming home, and visiting with old friends—admittedly, old friends we do dangerous, stressful things to in the name of adventure,” Busiek said. “And the art, by Carlos, Rafael, and Jose, is just astounding. Arrowsmith fans have been very patient, but have never been shy about letting us know they want more—and I can’t wait for them to see both the new series and the re-mastered original in the kind of hardcover edition we think it deserves.”

To kick off Astro City’s return, Busiek will be joined by longtime Astro City collaborators Brent Anderson (Return of the Jedi), Alex Ross (Captain America/Iron Man), and Alex Sinclair (Harley Quinn), in a one-shot that will set up the new status quo for the upcoming series, meaning new characters and dangers will be revealed. Fans will also get to enjoyed brand-new collected editions that will allow them and newcomers to get ahold of the entire backlog of Astro City comics.

“Alex, Brent, and I have been planning this for a long time—we’re introducing a teen-hero team, The Jayhawks (and more), in the special, and setting off a mystery as important to Astro City as what happened to the Silver Agent or the story of the Broken Man. Alex has designed a cornucopia of new characters, and Brent is going to town on the artwork. It’ll be a very fun ride—and yes, longtime readers, we will get to the story of the N-Forcer, I promise!”

Kurt Busiek fans rejoice as there will be plenty of old and new titles of his to look forward to next year. In addition to the return of Arrowsmith in January 2022 and Astro City in March 2022, along with the back issues of those titles being bound in collected editions, several of his other titles will be re-released from Image Comics, with new ones on the horizon as well.