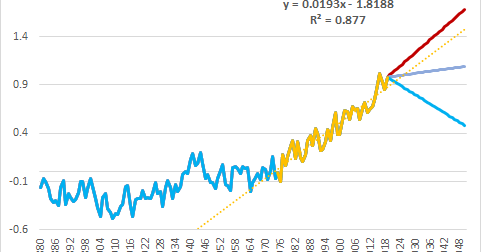 It’s been brought to my attention that there’s another set of projections guesses about global surface temperature floating about, this time from Judith Curry.

I don’t have time to go into her “arguments” in detail. Suffice to say she seems to be hanging on to the failed “stadium wave” theory and has maybe tossed in a few other ideas as well such as the Atlantic Multidecadal Oscillation flavoured with a smidgen of “it’s the sun”.

Judith has put up three options for the temperature change over the next 30 years: warmest +0.7C, moderate +0.11C and coldest -0.5C.

What I will do is what she hasn’t (for reasons that seem obvious to me). I’ll put up some charts showing her guesses. I can’t tell from her post what she’s used as a baseline, so I’ve taken it as the average global surface temperature for 2019. I’ve also made the assumption her predicted change relates to the last year of the prediction. That is, her prediction of 0.5 cooling is that in 2050 the average global surface temperature will be 0.5C colder than it was last year.

I’ve simplified the predictions by assuming a steady change from 2019 to the final temperature predicted, based on the above.

The charts are below. Not up to my usual standard with captions and labels, as I’ve not got time for that. Each chart shows the actual mean global surface temperature to 2019 based on NASA GISTEMP and is in Celsius.

First, the annual temperatures, with Judith’s predictions. This chart also shows the linear trend line from mid-1970s to 2019 i.e. from the most recent change in trend to the present (0.19 C per decade). 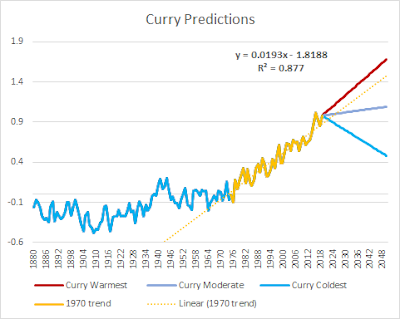 Next her “warmest” prediction, as a decadal chart: 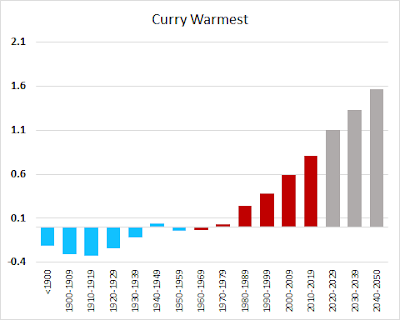 The “moderate” prediction as a decadal chart: 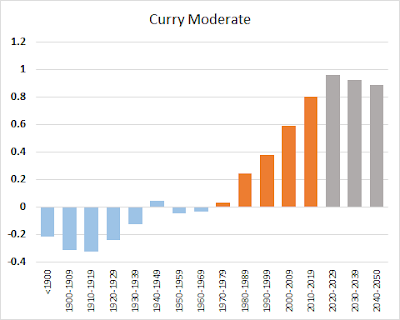 And the “coldest” prediction as a decadal chart: 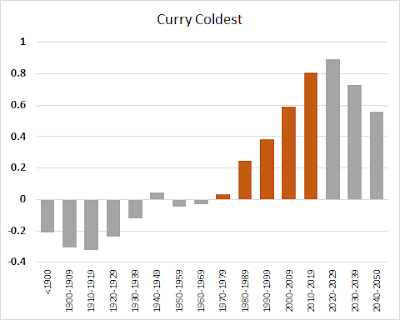 If you’re wondering why the next decade in all of them is warmer than the previous actual, it’s because of averaging over the decades and the fact I’ve assumed a steady change with Judith’s predictions.

Feel free to add your two bobs worth in the comments. 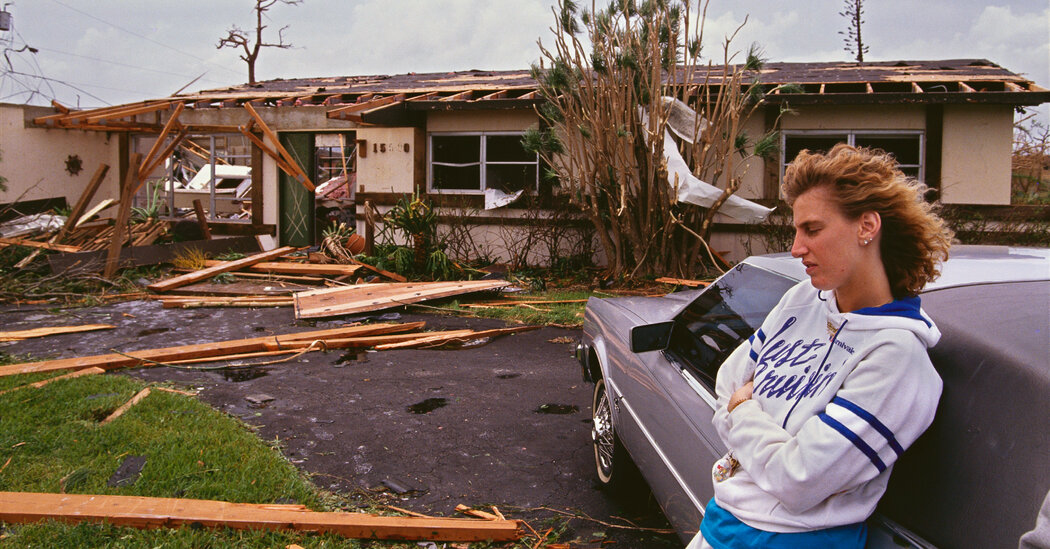 Opinion | What Will Happen to Your Next Home if Builders Get Their Way? 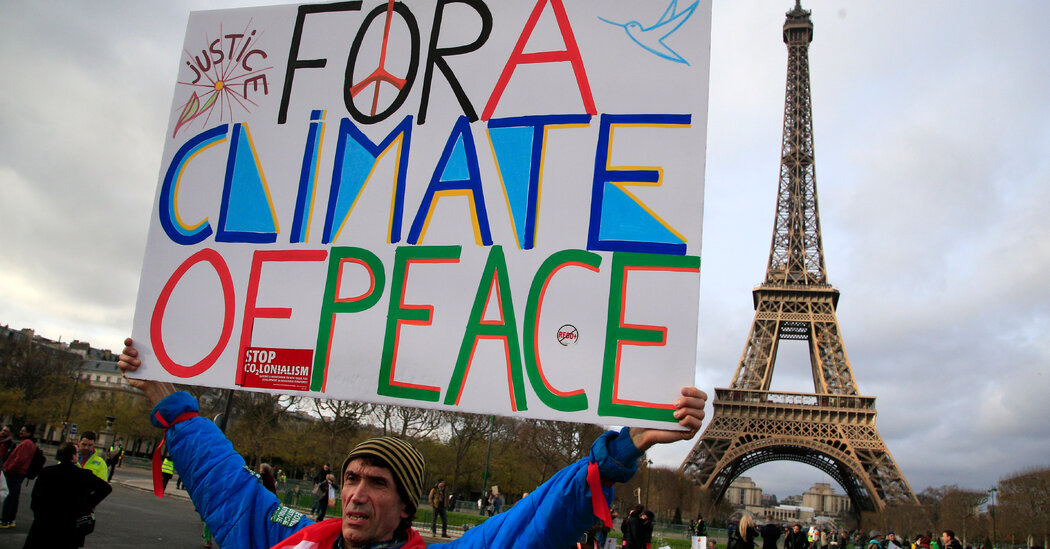 Biden, in a Burst of Climate Orders, Rejoins the Paris Agreement