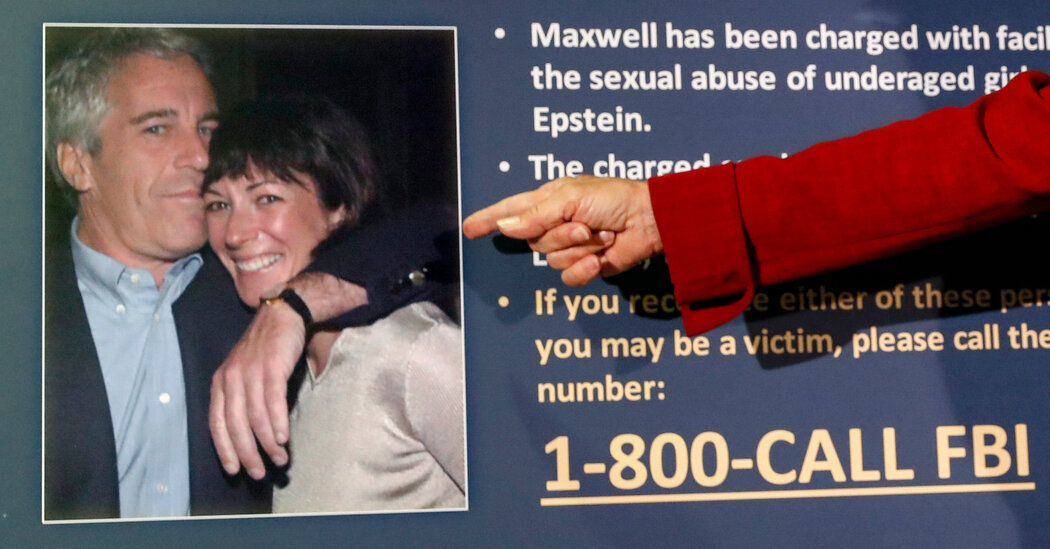 Ghislaine Maxwell, the British socialite and longtime companion of Jeffrey Epstein who is charged with contributing to his abuse of teenage girls more than two decades ago, was again denied bail by a federal judge on Monday.

The ruling came in response to a $28.5 million bail package, proposed this month by Ms. Maxwell. It would have released her from what her lawyers called the “intolerable” conditions in jail and into house arrest at a friend’s New York City home.

Ms. Maxwell was first denied bail after her arrest in July.

The latest bail application, Ms. Maxwell’s lawyers wrote in a court filing, reflected “all of her and her spouse’s assets, her family’s livelihood and the financial security of her closest friends and family.” They argued that she was not a risk to flee and said they would hire private security guards to ensure that she did not.

As they did in fighting Ms. Maxwell’s original bail application, federal prosecutors argued in court filings opposing her latest request that she remained “an extreme flight risk” and should stay in jail.

The judge who issued the ruling on Monday, Alison Nathan of Federal District Court in Manhattan, concurred. The government, she wrote, had “met its burden of persuasion that the defendant poses a flight risk.”

Bobbi C. Sternheim, a lawyer for Ms. Maxwell, did not immediately respond to a request for comment.

Ms. Maxwell has pleaded not guilty to the charges against her. She is being held at the Metropolitan Detention Center, a federal jail in Brooklyn.

Mr. Epstein, 66, was found dead in August 2019 after he hanged himself in his cell at the Metropolitan Correctional Center, a federal jail in Lower Manhattan. He had been arrested on sex trafficking charges a month earlier.