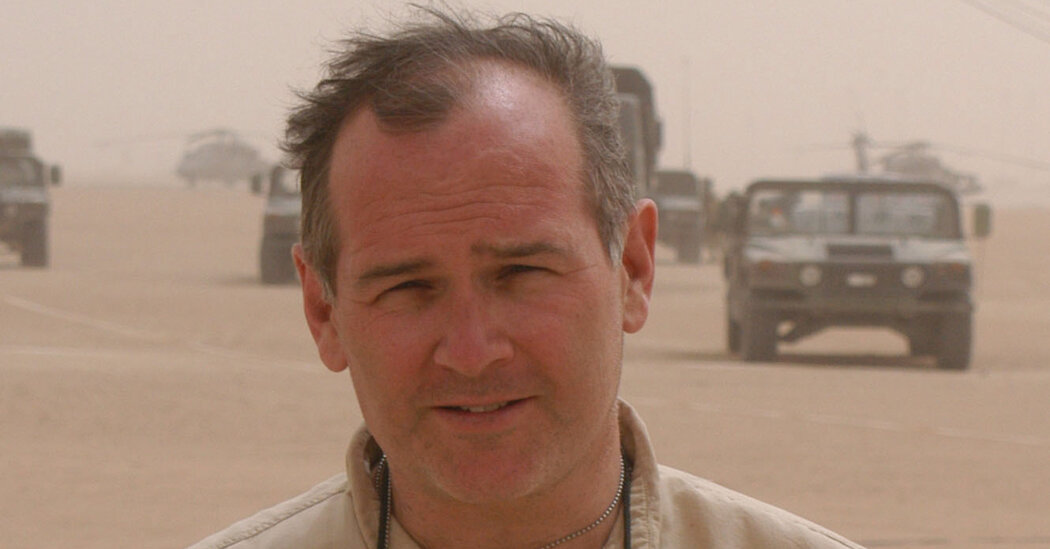 In 2015, Mr. Dwyer observed Pope Francis as he bade farewell to rivers of people in Philadelphia at the end of his first visit to the United States.

He met them on parkways and in prisons, churches and arenas, schools and shelters. The shape and form of families had changed in ways long resisted by the official church. Not by Francis. He said spiritual vibrancy could come from any “family, people, region or religion” and pledged gratitude, not yearning for a lost time, or the pointing of scolding fingers.

“In my own home, do we shout?” he asked in closing. “Or, do we speak to each other in love and tenderness?”

At the airplane door, Francis turned to bid farewell. He lifted his hand, wobbled, then finished the blessing.

How a city in fear brutalized the Central Park Five

Last year, Mr. Dwyer wrote about “When They See Us,” a four-part Netflix series based on the lives of five men who were wrongfully convicted and sent to prison as teenagers for raping and nearly killing a woman who was jogging in Central Park in 1989. Mr. Dwyer had covered parts of the trials for New York Newsday, and expressed regret that he had not been more skeptical.

This is a story of the biggest story of its day, a crime that set a high-water mark for depravity, an urban atrocity that caused existential hand-wringing for America’s biggest city.

It was a story that — over 30 years — changed from solid to liquid to gas, all but vanishing.

Anticipating ‘times to come, when we are all gone’

In his final About New York column, published in May, Mr. Dwyer found a historical echo between his great-grandmother’s efforts to feed her family during the flu pandemic of 1918 and New Yorkers feeding the sick during the coronavirus pandemic.

She, it turned out, saved the lives of the seven grandchildren. Her daughter, Mary, and her husband, Paddy Dwyer, survived to have five more children. The grandchildren of Nan the Point in just that one house would go on to issue 45 of their own offspring. In times to come, when we are all gone, people not yet born will walk in the sunshine of their own days because of what women and men did at this hour to feed the sick, to heal and to comfort.