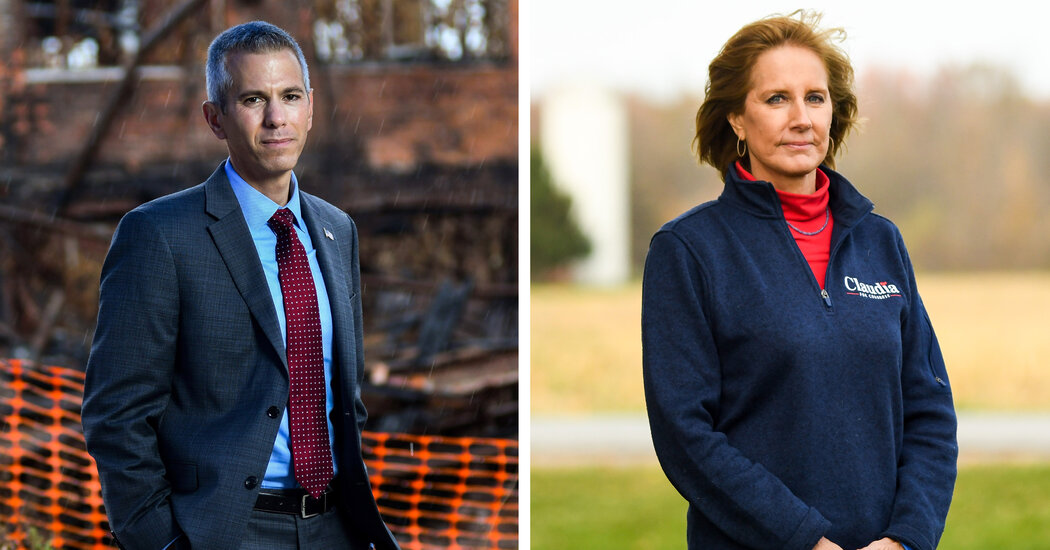 A tight House rematch in Central New York between a first-term Democrat and an outspoken Republican supporter of President Trump has gone to the courts, with only 100 or so votes separating the two after a prolonged absentee ballot count.

The contest between Representative Anthony Brindisi, a moderate Democrat, and Claudia Tenney, a former Republican congresswoman seeking to recapture her seat, has crystallized the extraordinary nature of this year’s pandemic-era election cycle.

Ms. Tenney had amassed a formidable 28,422-vote lead based on in-person ballots received during early voting and on Election Day. But, because of the pandemic, nearly 60,000 mail-in ballots were cast. The last of them were counted on Thursday, more than two weeks after the polls closed.

The results have not been released or finalized, but both campaigns agreed on Friday that Ms. Tenney’s lead over Mr. Brindisi has shrunk to around 100 votes. It was unclear whether there was a small number of affidavit ballots elsewhere in the district yet to be counted.

The race is likely to be decided by a judge, as both camps gear up for a protracted legal fight over an unknown number of contested ballots that could determine the victor. Neither candidate has conceded and The Associated Press has not called the race.

A victory for Ms. Tenney, whose staunch support of President Trump made her a polarizing figure in the Republican-leaning district, would underscore the president’s lasting popularity in more rural parts of the nation. For House Democrats, losing the seat could mark the latest setback in an already disappointing year.

“Now that every vote has been counted, we have maintained the vote lead and are poised to come out victorious,” Ms. Tenney said in a statement on Thursday night. “This process has been long but it is critical that every legal vote be counted and accounted for.”

The race in the 22nd District, one of the most competitive and expensive in the nation, is one of the few remaining congressional races in New York and the country without a clear winner.

Democrats have so far clinched 222 seats to retain a narrow majority in the House of Representatives. The race in the 22nd district is one of only four races that remain unresolved, along with a pair of races in California and an open seat in Iowa, where the Republican leads by about 50 votes.

The district’s contest is a rematch from 2018, when Mr. Brindisi narrowly unseated Ms. Tenney, defeating her by just 4,473 votes in a Republican-leaning district that Mr. Trump carried by 15 percentage points in 2016.

That election also came down to about 15,000 absentee and affidavit ballots that allowed Mr. Brindisi to grow his narrow Election Day lead and declare victory about a week after voters had gone to the polls. Ms. Tenney formally conceded more than a week later, losing by about one percentage point.

This time around, the outcome will depend on a greater number of absentee ballots among the more than 300,000 votes in the district, which stretches from the southeastern shores of Lake Ontario to the northern Pennsylvania border.

Mr. Brindisi has been able to cut Ms. Tenney’s lead by winning about three-fourths of all mail-in ballots. Most of the absentee ballots that remained to be counted, about 5,000 of them, were in Chenango County, which began and finished its count on Thursday.

“As today’s numbers show, Congressman Brindisi continues to gain meaningful ground,” Luke Jackson, a spokesman for the Brindisi campaign, said in a statement on Thursday. “With a margin this close, New York voters deserve to have their voices heard. The stakes are too high and the margin too close to rush to judgment.”

Earlier this month, the beginning of the counting process was slightly delayed after the Tenney campaign filed a lawsuit asking for absentee ballots to be impounded or secured, a common tactic in very tight races.

Justice Scott J. DelConte of the New York State Supreme Court allowed the ballots to be impounded, and established rules for how to handle ballots the campaigns objected to. It is unclear exactly how many ballots those were, but the judge is expected to ultimately rule on their validity.

“Our team is simply asking the court to preserve our right to object to ballots that were not legally or properly cast,” Sean Kennedy, a spokesman for Ms. Tenney, said at the time. “We are fighting to ensure that all ballots are accounted for, and only legal votes are counted.”

He added, “We are highly confident that we will prevail after all the votes are counted.”

After meeting with the parties on Friday, Justice DelConte said all eight counties should report the final vote totals to him on Monday in order to address ballots contested for technical errors.

There are more registered Republicans than registered Democrats in the district, as well as a sizable chunk of independent voters. But Mr. Brindisi was able to upset Ms. Tenney in 2018 by highlighting his moderate credentials to appeal to moderates and Republicans upset with Ms. Tenney, a Tea Party favorite whose divisive rhetoric has paralleled Mr. Trump’s.

Following the 2018 shooting in Parkland, Fla., for example, she said that “so many of these people that commit the mass murders end up being Democrats.” Those remarks, and others throughout the years, have drawn rebuke from liberals as well as members of her own party.