Gatorade is adding some interactive social elements to its “Ready to Play. Anything” campaign, which features athletes dabbling in other sports.The campaign stars the Women’s National Basketball Association’s Elena Delle Donne, the National Football League’s Todd Gurley, Major League Baseball’s Bryce Harper, track and field’s Sydney McLaughlin and the National Basketball Association’s Zion Williamson showing that they are ready to play any sport, not just their own. Elena Delle DonneGatorade Todd GurleyGatorade Todd GurleyGatorade Todd GurleyGatorade Bryce HarperGatorade Bryce HarperGatorade Sydney McLaughlinGatorade Zion WilliamsonGatorade Zion WilliamsonGatorade The #ReadyToPlay Challenge will kick off on TikTok next week, with videos featuring the athletes drinking Gatorade and wearing their usual uniforms or gear. With each new beat in the song, a new piece of equipment from a different sport is added.Gatorade said fans are invited to create their own #ReadyToPlay videos using the gear they have around the house to show how excited they are to get out there and play.Snapchat will join the roster later this month with a lens that enables Snapchatters to look like they are taking part in a video call with friends and the featured athletes.Gatorade said Snapchat users will be taken into a mock video chat with the athletes, who are discussing which sports they are most excited to play, and the users’ gear will continually change, adding that it is the first consumer packaged goods brand to use a lens in this manner.Harper said in a statement, “Baseball players, from pros to Little Leaguers, have missed the game. This is a new reality we’re living in, but we’re all ready to get back out and play again. Gatorade knows this better than anyone, and it is having some fun celebrating sports by showing that athletes are willing to play just about anything at this point to get back at it.” 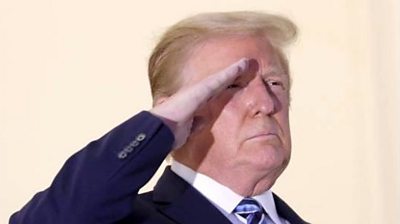