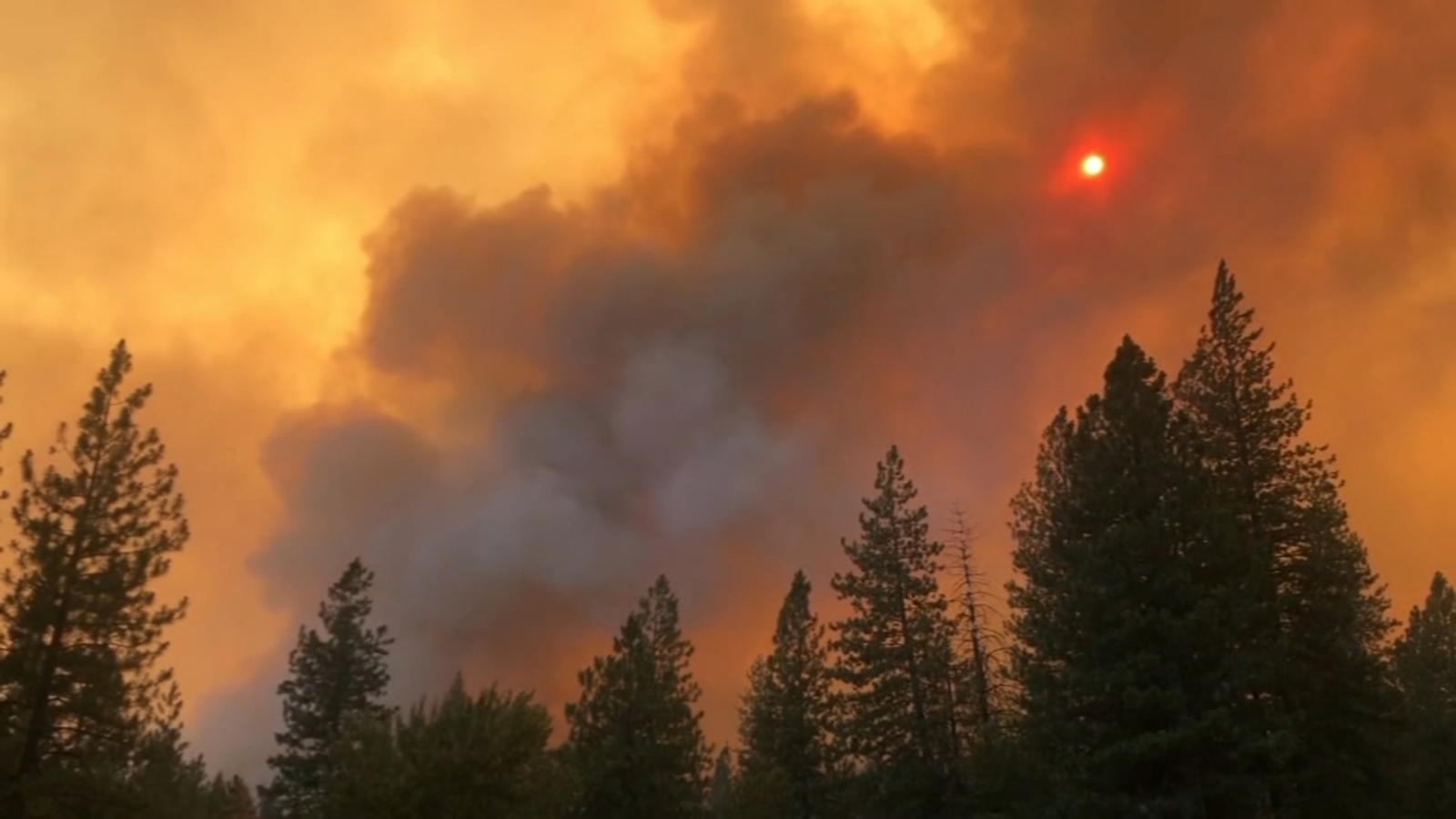 GREENVILLE, Calif. — After four years of homelessness, Kesia Studebaker thought she finally landed on her feet when she found a job cooking in a diner and moved into a house in the small community of Greenville.

She had been renting for three months and hoped the stability would help her win back custody of her 14-year-old daughter. But in just one night, a raging wildfire tore through the mountain town and “took it all away,” she said.

Fueled by strong winds and bone-dry vegetation, the Dixie Fire grew to become the largest single wildfire in state history. According to CAL FIRE, it is the second largest wildfire in California’s history, next to the August Complex fire which included a total of 38 separate fires.

Residents of the scenic forestlands of Northern California are facing a weekend of fear as it threatens to reduce thousands of homes to ashes.

“We knew we didn’t get enough rainfall and fires could happen, but we didn’t expect a monster like this,” Studebaker said Saturday.

The fire incinerated much of Greenville on Wednesday and Thursday, destroying 370 homes and structures and threatening nearly 14,000 buildings in the northern Sierra Nevada. It had engulfed an area larger than the size of New York City.

The Dixie Fire, named for the road where it started, grew overnight to an area of 725 square miles (1,875 square kilometers) Sunday morning and was just 21% contained, according to the California Department of Forestry and Fire Protection.

Four firefighters were taken to the hospital Friday after being struck by a fallen branch. More than 20 people were initially reported missing, but by Saturday afternoon authorities had contacted all but four of them.

Crews have constructed 465 miles (748 km) of line around the massive blaze, Deputy Incident Commander Chris Waters said. That’s about the distance from the central California city of Chico to Los Angeles. But officials are only confident that about 20% of that is secure, he said.

“Every bit of that line needs to be constructed, staffed, mopped up and actually put to bed before we can call this fire fully contained,” Waters said during Saturday evening’s incident briefing.

Erratic winds were predicted again Sunday afternoon. But the weather was expected to settle a bit starting Monday.

VIDEO: How to pick a mask for protection during a wildfire

Damage reports are preliminary because assessment teams can’t get into many areas, officials said.

The fire’s cause was under investigation. The Pacific Gas & Electric utility has said it may have been sparked when a tree fell on one of its power lines. A federal judge ordered PG&E on Friday to give details by Aug. 16 about the equipment and vegetation where the fire started.

Cooler overnight temperatures and higher humidity slowed the spread of the fire and temperatures topped 90 degrees Fahrenheit (32 degrees Celsius) instead of the triple-digit highs recorded earlier in the week.

But the blaze and its neighboring fires, within several hundred miles of each other, posed an ongoing threat.

Studebaker sought shelter at an evacuation center before setting up her tent in a friend’s front yard.

She is counting on returning to her job if the restaurant where she works stays open. Her boss also evacuated when the town of Chester, northwest of Greenville, lost power and the smoke was so thick that it made it hard to breathe.

Heat waves and historic drought tied to climate change have made wildfires harder to fight in the American West. Scientists have said climate change has made the region much warmer and drier in the past 30 years and will continue to make the weather more extreme and wildfires more frequent and destructive.

Near the Klamath National Forest, firefighters kept a close watch on small communities that were ordered evacuated in the path of the Antelope Fire, which earlier threw up flames 100 feet (30 meters) high as it blackened bone-dry grass, brush and timber. It was just 20% contained.

Further northwest, about 500 homes scattered in and around Shasta-Trinity National Forest remained threatened by the Monument Fire and others by the McFarland Fire, both started by lightning storms last week, fire officials said.
About a two-hour drive south from the Dixie Fire, crews had surrounded nearly half of the River Fire that broke out Wednesday near the town of Colfax and destroyed 68 homes and other buildings. Evacuation orders for thousands of people in Nevada and Placer counties were lifted Friday. Three people, including a firefighter, were injured, authorities said.

Smoke from the fires blanketed Northern California and western Nevada, causing air quality to deteriorate to very unhealthy and, at times, hazardous levels.

Air quality advisories extended through California’s San Joaquin Valley and as far as the San Francisco Bay Area to Denver, Salt Lake City and Las Vegas, where residents were urged to keep their windows and doors shut. Denver’s air quality ranked among the worst in the world Saturday afternoon.

California’s fire season is on track to surpass last year’s season, which was the worst fire season in recent recorded state history.

Since the start of the year, more than 6,000 blazes have destroyed more than 1,260 square miles (3,260 square kilometers) of land – more than triple the losses for the same period in 2020, according to state fire figures.

California’s raging wildfires were among 107 large fires burning across 14 states, mostly in the West, where historic drought conditions have left lands parched and ripe for ignition.

For a better experience, click here to view the full map in a new window