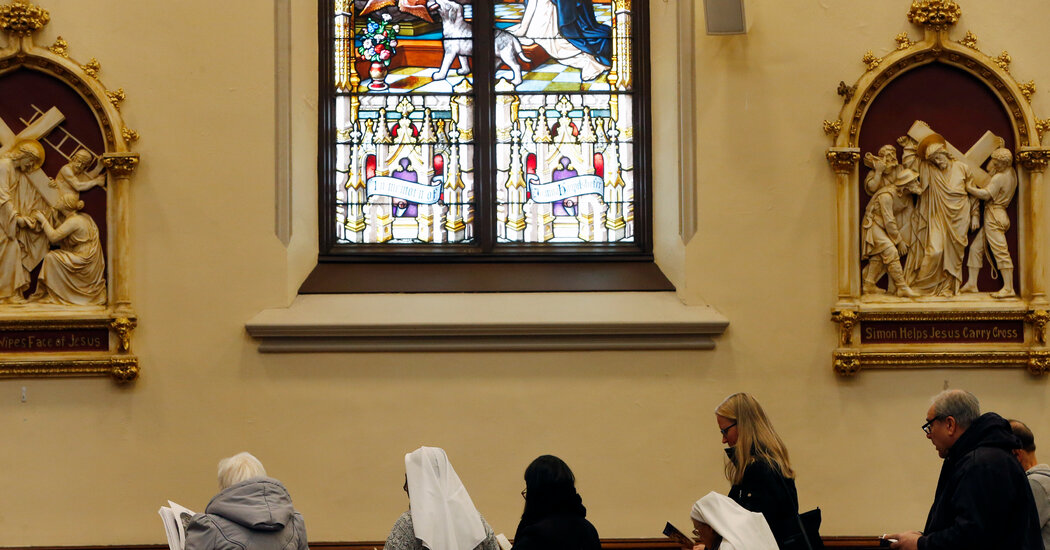 The New York attorney general’s office on Monday accused the Roman Catholic Diocese of Buffalo and three bishops connected to it of violating church policy and state law with their involvement in a yearslong cover-up of sexual abuse by priests.

The lawsuit is the first state legal action against the Catholic Church in New York since a new wave of abuse investigations began in 2018, and it is the culmination of just one of eight inquiries, one for each Catholic diocese in the state. The other seven inquiries are ongoing.

The lawsuit represents what prosecutors believe is a novel legal strategy: The state will attempt to use civil laws, in particular those governing religious charities and their fiduciaries, to sue a Catholic diocese for failing to follow church policies enacted in 2002, after a series of investigative reports by The Boston Globe thrust the sex abuse scandal into public view.

It also may also raise questions about religious liberty: in addition to restitution and changes in the way the diocese handles sexual abuse claims, the lawsuit seeks to ban two bishops from management roles in any charitable organization, which may draw pushback from those who believe this encroaches into church autonomy.

Ms. James said in a statement that the prosecution aimed to right both a breach of trust and “a crisis of faith.”

“For years, the Diocese of Buffalo and its leadership failed to protect children from sexual abuse,” she said. “Instead, they chose to protect the very priests who were credibly accused of these atrocious acts. Individuals who are victims of abuse deserve to have their claims justly and timely investigated and determined, and the Buffalo Diocese refused to give them that chance.”

The Buffalo diocese, which includes 600,000 Catholics, careened from crisis to crisis in recent years under the leadership of Bishop Malone, who held a senior position in the Diocese of Boston when its sex abuse crisis became public in 2002. He resigned from his position in Buffalo in December after a Vatican investigation into his mishandling of the abuse crisis there.

The Buffalo diocese filed for bankruptcy protection in February, citing a deluge of lawsuits filed by people who claimed they were sexually abused by priests as children.

Prosecutors said on Monday that the cover-up was conducted by Bishops Malone and Grosz, who sheltered two dozen credibly accused priests by classifying them as “unassignable,” an administrative category that allowed them to retire or go on medical leave instead of referring them to a Vatican investigation that might ban them from the priesthood.

That maneuver kept the men within the diocesan fold and on its balance sheet. Prosecutors said that abrogation of church policy placed the diocese in violation of state law because it constituted a misuse of charitable assets and a breach of fiduciary duty.

Bishop Grosz retired in May after 30 years as an auxiliary bishop in the diocese, including 27 as one of the point men in its response to sexual abuse claims.

After the departure of Bishop Malone, Pope Francis appointed Bishop Edward B. Scharfenberger of Albany, to a caretaker role in Buffalo. Prosecutors said he was named in the suit in his capacity as the current administrator of the diocese.

The diocese did not immediately comment on the lawsuit.

The procedures adopted by the United States Conference of Catholic Bishops in 2002, which the lawsuit notes both Bishop Malone and Bishop Grosz voted for, mandate that abuse accusations against priests be reported to the authorities in compliance with local law.

But the impact in New York was limited because mandatory reporting laws in the state do not apply to priests. In Buffalo, the diocese reached a memorandum of understanding with local prosecutors in 2003 that obliged it to report abuse claims in the wake of The Boston Globe reports, but the agreement had severe shortcomings.

The lawsuit filed on Monday instead hinges on the provisions of the 2002 policies, commonly called the Dallas Charter, which require that abusers be removed from active ministry and have their cases referred to the Vatican, which can decide to remove them from the priesthood.

Bishops accused of abuse were exempt from these policies, a loophole that was addressed by the creation of a separate oversight system in 2019.

New York is one of several states that have redoubled efforts to seek justice for the survivors of clergy sex abuse in the wake of a bombshell report released by the State of Pennsylvania in 2018 that found that Catholic priests abused more than 1,000 children in six of the state’s eight dioceses over the course of 70 years.

Months after the report was released, New York lawmakers passed the Child Victim’s Act, which had languished in legislative purgatory for 13 years as the church and other groups spent millions of dollars fighting it.

The law extended the statute of limitations for childhood sex abuse, allowing victims to file lawsuits against their abusers until age 55 and allowing criminal prosecutions until a victim turned 28.

The act also created a one year “look back window” that allowed claims that had already exceeded the previous statute of limitations to be revived. Hundreds of lawsuits were filed against the Catholic Church in the days after the act was approved. Since then, two dioceses in addition to Buffalo have declared bankruptcy, Rochester and Rockville Centre on Long Island.

In August, Gov. Andrew M. Cuomo extended the look back window until August 2021 to make up for the upheaval caused by the coronavirus pandemic.

“We cannot let this pandemic limit the ability for survivors to have their day in court,” the governor said in a statement at the time. cryptocurrencies of today are destined to fail long term

cryptocurrencies of today are destined to fail long term