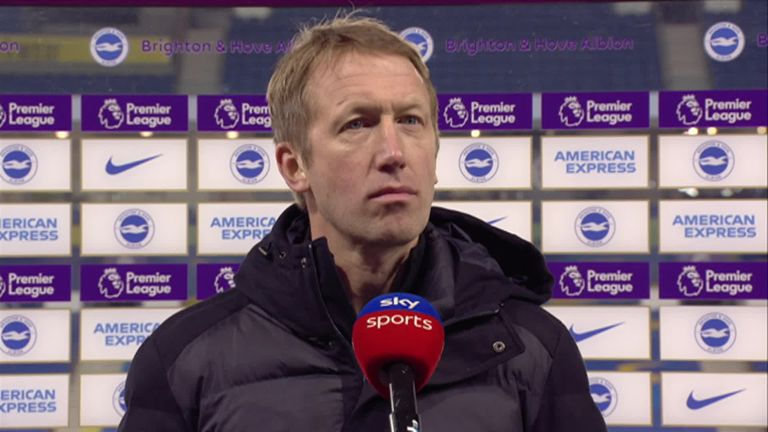 Palace’s two goals came from their only two shots on target – and touches in the Brighton box – in the whole game, with Benteke steering Andros Townsend’s cross back across goal and beyond Robert Sanchez deep into second-half injury time to nick three points.

The visitors had spent most of the game defending, with Brighton registering 25 shots and dominating across the 90 minutes, and looked like they would be forced to settle for just a point through Joel Veltman’s 55th-minute goal.

His close-range finish, his first for the club, had cancelled out Jean-Philippe Mateta’s own debut goal for Palace before half-time, back-heeling Jordan Ayew’s low ball past Sanchez for a wonderful opener.

📊 Total goal attempts for the 2 PL games between Brighton & Crystal Palace this season:

But thanks to Benteke’s last-minute heroics, Palace move above Southampton into 13th, with 32 points, while Brighton remain in 16th, four above the relegation zone.

Man of the match: Jordan Ayew.

A slow start at the Amex in one of the Premier League’s more informal derbies was punctured 28 minutes in as Mateta, the latest Crystal Palace striker hoping to solve their attacking woes, deceived Robert Sanchez with a beautiful turn to backheel Ayew’s low cross home with the first shot on target of the game.

It was the first goal Graham Potter’s side had conceded on home soil since January 2, and was worthy of breaking the duck. But it spelled out a familiar tale of Brighton dominance and wasteful finishing – which continued until the break, with Veltman and Alexis Mac Allister both missing opportunities to level.

A change of both shape and personnel at half-time, with the introduction of Danny Welbeck, got the Seagulls firing again from the break and within two minutes of his introduction, he diverted Trossard’s driven ball wide from close-range.

Even with another attacking player on the pitch, it was a Brighton defender who pulled them level nine minutes into the second period, as Veltman found himself well-placed to take a loose ball from a tackle on Welbeck to beat Guaita at his near post with a powerful effort.

With an hour gone the hosts should have completed the turnaround, but Trossard’s poor connection with Dan Burn’s cross let Palace off the hook yet again.

Substitute Adam Lallana was then denied by a last-ditch Gary Cahill block as the chances continued to rack up, before the ex-Liverpool man wasted another fine opportunity by firing over when unmarked.

If anyone was going to score, it was Brighton. But just as their inability to finish games off has proven the curse of their season, so it proved deep into injury time.

With 52 seconds left of the five minutes added on, Townsend’s run down the left flank and back-post cross found Benteke, who caught it perfectly to fire back across Sanchez and into the far corner for a winner both sides could barely believe come the full-time whistle.

What the managers said…

Brighton manager Graham Potter: “They were in our box I think twice and scored two, that is the beauty of football but it doesn’t feel so beautiful at the moment, it feels painful. It was a one-sided game in terms of pressure but they scored two, so that’s life.

“I didn’t think we did so much wrong in the first half, the goal is from one action and you have to respond, which we did, pushed and pushed and thought we were going to win the game – the players are distraught but it is part of life and football and we have to deal with it because we have a game at the weekend.

“In terms of chances created, what we looked like in the game, I was happy with the performance, we need to do a little bit more and I have to keep working on that. We have been on an unbeaten run, we have to respond now, it’s not going to go your way all the time, you have to respond. That’s the job.”

Crystal Palace manager Roy Hodgson: “We weren’t able to keep the ball as well as we’d like sometimes, but partly when you’ve had a couple of bad results it does affect people’s confidence in that area.

“The back four did unbelievably well, and in the end we get the added bonus of scoring a goal in the very last minute with one of the few opportunities we created.

“I’m really pleased with the guts and determination the players showed. When you get your chance, you have to show what you’re about, you take it.

“All too often, I find players would prefer to feel sorry for themselves than do what Christian Benteke did tonight.”

Man of the match – Jordan Ayew

In what was often a thankless task in a game where Palace managed only three shots across 90 minutes, Ayew’s running played a major part in their opener – beating Burn before providing the cross for Mateta’s goal – but his work without the ball was just as important.

Only Townsend made more than his four tackles across 90 minutes, while only Tyrick Mitchell, Luka Milivojevic and Townsend covered more ground.

“It’s down to the amount of work he’s done,” said Sky Sports’ Alan Smith. “He set up the goal, the work-rate’s been incredible. His defenders will certainly be grateful for it.”

Brighton face a six pointer on Saturday with a trip to 19th-placed West Brom, live on Sky Sports Premier League from 2.45pm; Kick-off at 3pm.

Crystal Palace host resurgent Fulham in the Sunday lunch-time game in a London derby at Selhurst Park; Kick-off at 12pm. 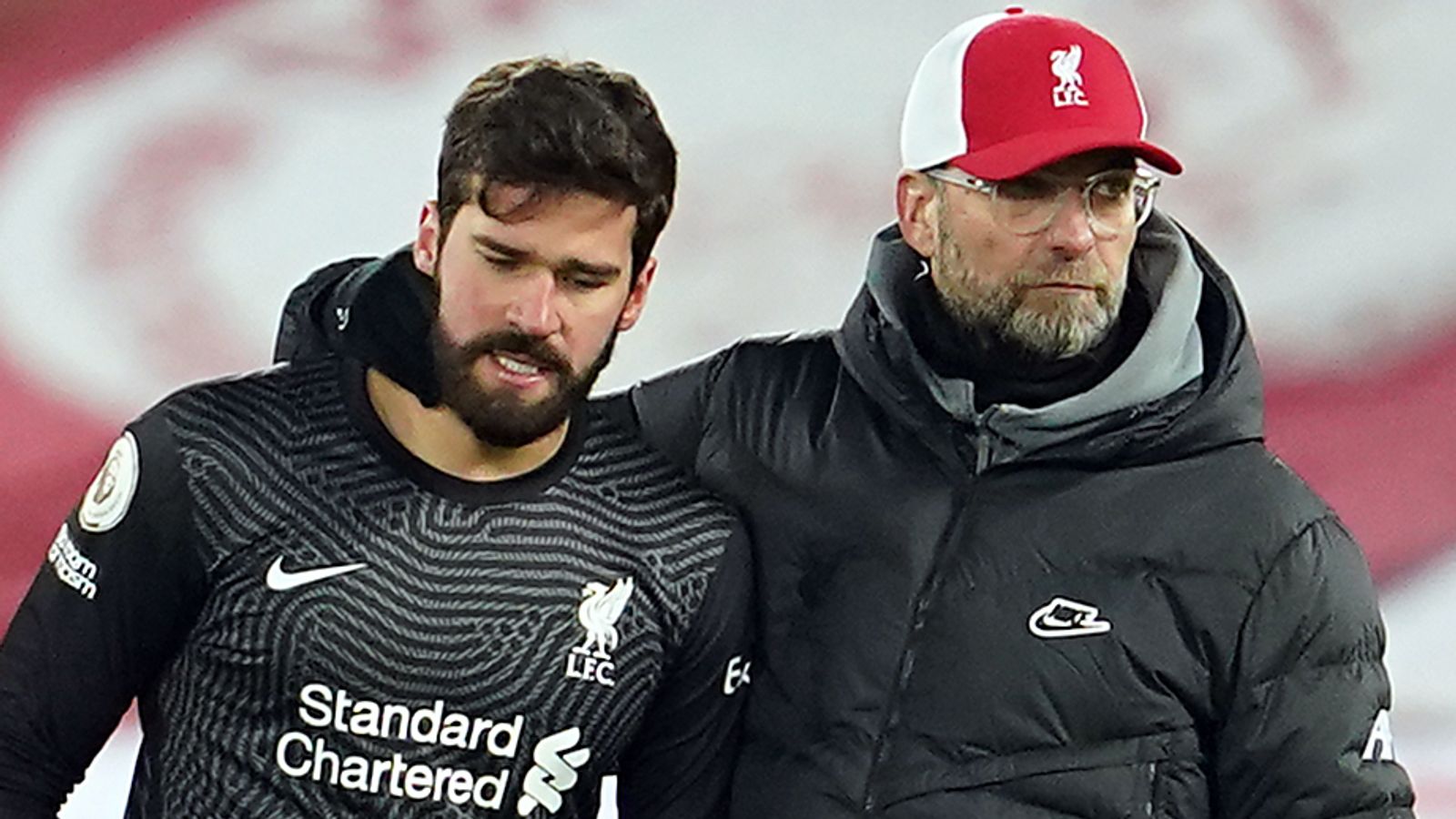 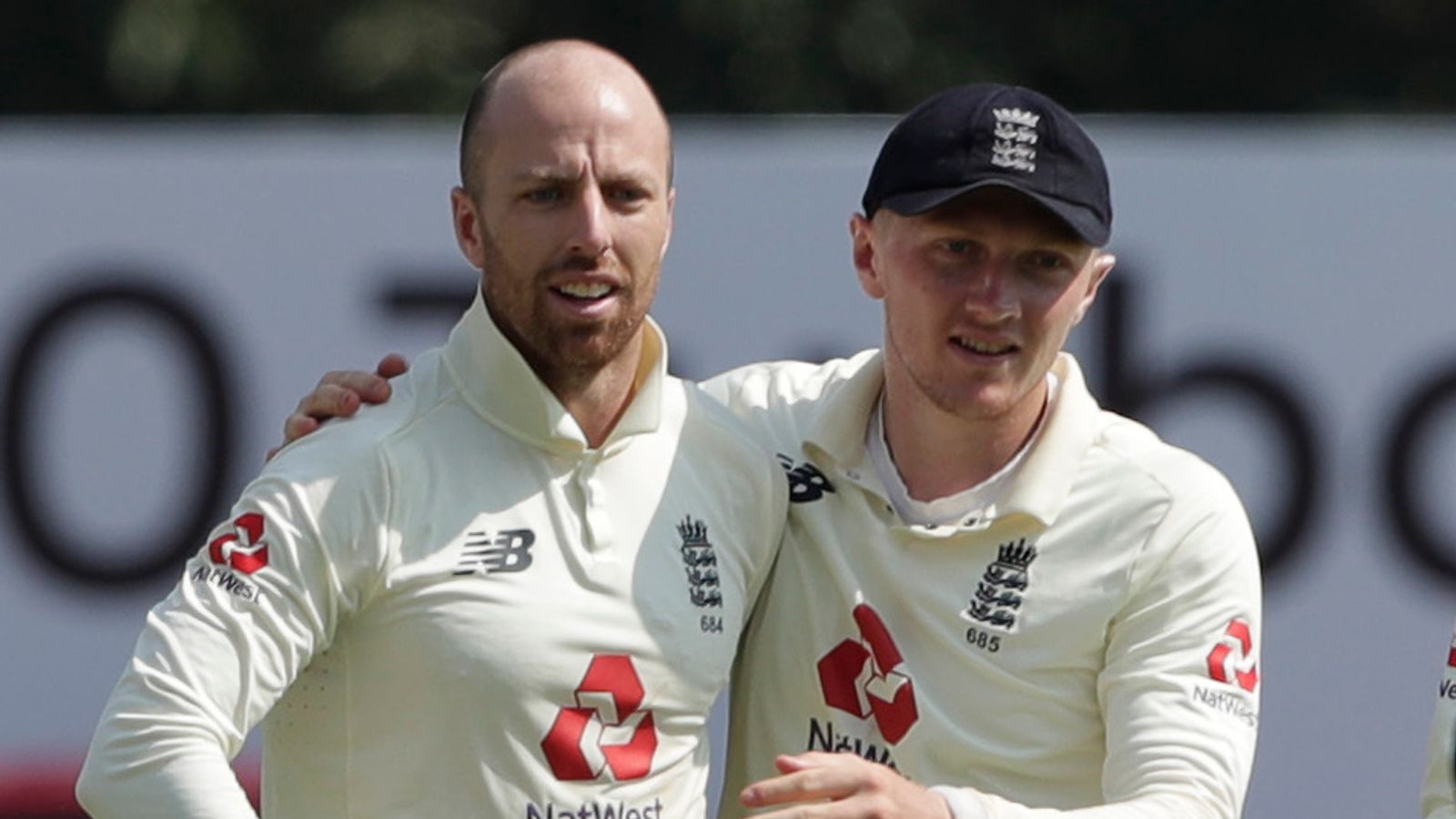