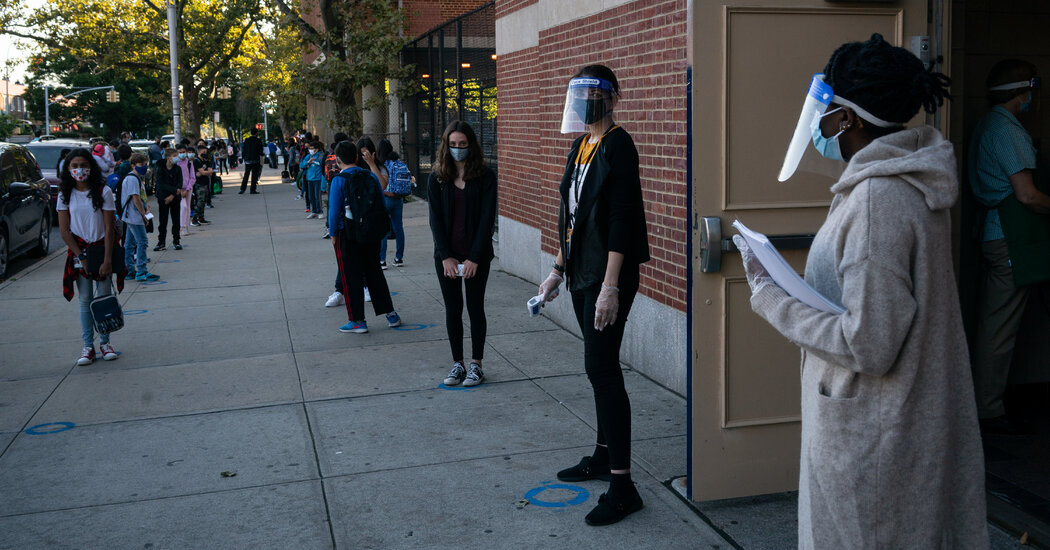 In many European countries, keeping schools open, with safety precautions, has been a political and social priority, even as governments have recently moved to restrict public life, including by shutting down restaurants and bars in France and Germany, and enforcing evening lockdowns in Italy and Spain.

New lockdown measures in the United Kingdom also shutter pubs and restaurants but allow children to attend school. There, as in much of Europe, the governments are helping to support the wages of those in industries who must close.

Teachers’ and administrators’ unions in Europe have expressed concern about safety in schools, but by and large, government decisions to prioritize school openings have held the day.

What are the risks for the restaurant industry?

The restaurant industry before the pandemic employed 12 million people nationally, and about two million of them remain out of work, according to the National Restaurant Association, an industry group.

Even after restaurants were permitted to reopen, capacity restrictions have left many struggling to survive. Without a robust federal bailout package, many restaurant and bar owners have warned that they will have to shutter permanently, particularly if they have to further limit operations.

A federal relief plan, such as the Restaurants Act, would help restaurants and bars stay afloat by establishing a $120 billion grant program. But it has stalled in Congress, and states, including New York, say they are too cash strapped to provide restaurants with support they would need to get them through an extended shutdown.

The widespread collapse of the industry would have ramifications for everything from employment to tax revenues.

“Any call for limiting restaurant operations must be coupled with a call to provide stimulus, otherwise they are not going to be around when it’s OK for them to reopen,” said Andrew Rigie, the executive director of New York City Hospitality Alliance.