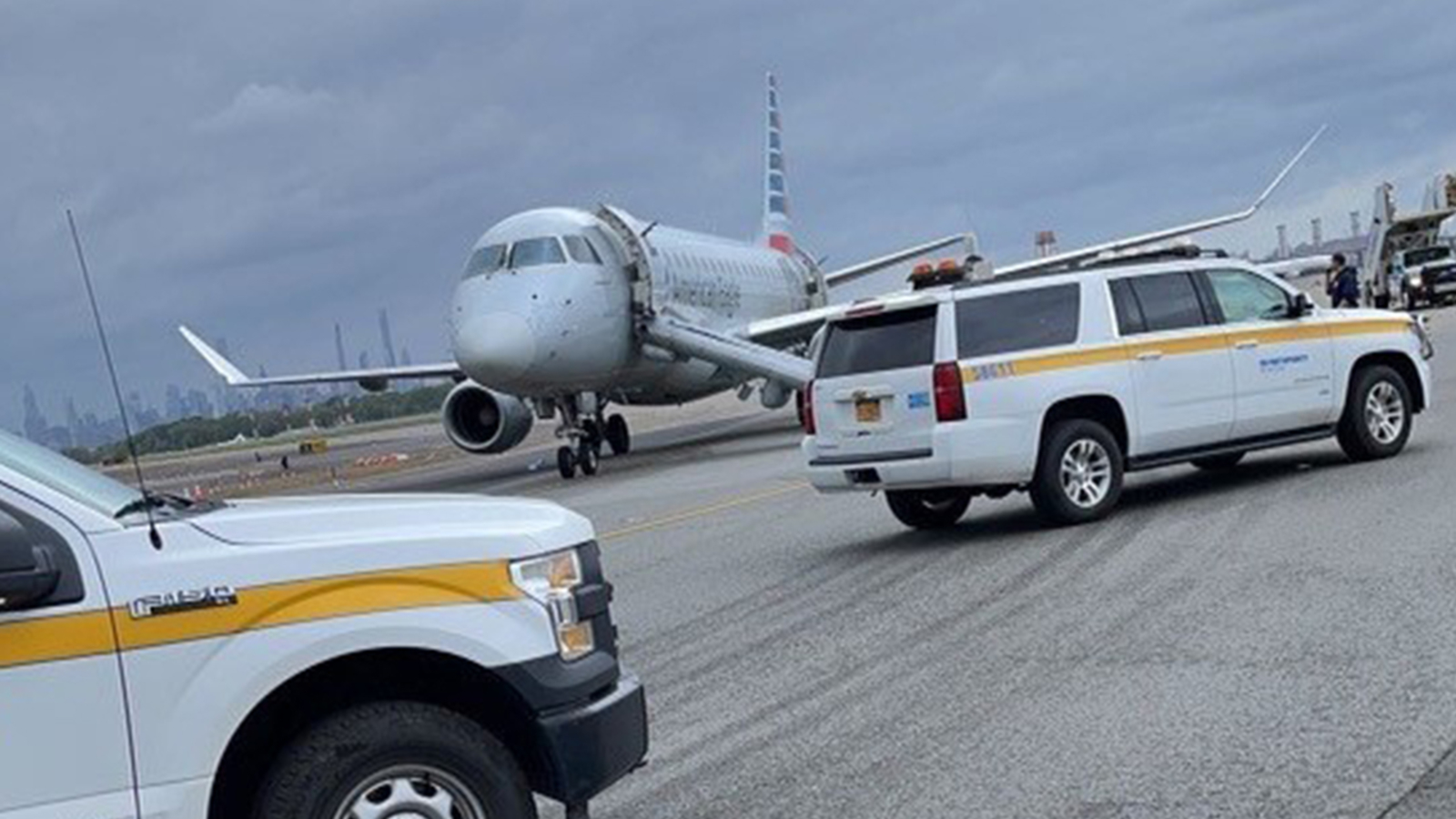 “American Eagle flight 4817, operated by Republic Airways with service from Indianapolis to New York (LGA) deplaned on the taxiway at LGA due to a potential security issue. The aircraft landed safely, and all customers deplaned without incident,” American Airlines said in a statement.

According to Port Authority officials, passengers on Flight 4817 reported “suspicious behavior” from another passenger.

They say the pilot called in an emergency landing for authorities to be on Runway 4.

Passengers caught video showing fire crews pinning down a man on the tarmac moments after the flight landed on the runway.

Eyewitness News spoke to a man who was on flight. He says the suspect was sitting about five or six rows behind him and heard a woman say, “Don’t do that, don’t do that.”

It’s not clear what she was referring to but the passenger says immediately panic began on the airplane.

Once the plane landed safely, passengers rushed to get off — pushing each other down the slides. Some were bloodied.

The FAA says the suspicious passenger is currently being interviewed by police.

There were no reported injuries to any passengers or crew members.

This is breaking news. This story will be updated as more information becomes available.