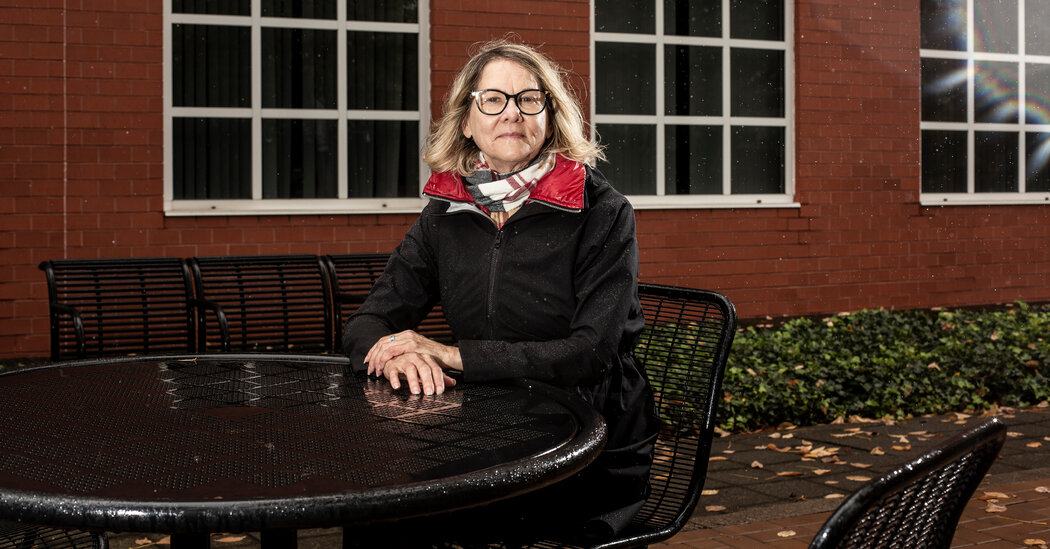 Ruth Bader Ginsburg joined the faculty of Rutgers Law School in 1963, the same year federal legislation aimed at abolishing wage disparity between women and men became law. But Justice Ginsburg, who was the second woman to serve on the Supreme Court and who died last month, was paid much less than her male peers.

So, she and other female faculty members mounted a legal challenge against Rutgers, New Jersey’s flagship university, winning a settlement that earned the women substantial raises.

More than 50 years later, some women claim they are still being shortchanged.

On Wednesday night, in the latest battle over equal pay in higher education, five female tenured professors accused Rutgers in a lawsuit, filed in State Superior Court, of paying them far less than their male counterparts.

Two of the plaintiffs are distinguished professors, a title given only to faculty members who have achieved the highest levels of scholarship. One, Nancy Wolff, has published two books and written more than 100 peer-reviewed articles. Another, Judith Storch, has presented at more than 150 research seminars and won multiple awards. And a third, Deepa Kumar, is a world-renowned scholar of Islamophobia and race.

All of them say they are paid tens of thousands of dollars a year less than male peers with similar qualifications.

“We as professors are working so hard to inspire our students, to expand the knowledge base, and to work with our communities and policymakers to solve social problems,” said Professor Wolff, who teaches public policy, “and we should know that within our academic community, principles of economic justice will be safeguarded.”

University officials said that they would not comment on the lawsuit. But the school, in a statement, said it was “committed to pay equity” and was reviewing the way it paid professors but had been hampered by the pandemic.

“Creating a new and complex faculty pay equity program that accounts for the variety of disciplines, individual schools, and titles at a university is challenging even in the best of times,” the school said.

The complaint comes days after Princeton University agreed to pay more than $1.2 million to women on the faculty after a federal investigation revealed that they were being paid less than male professors.

Professor Kumar, who teaches journalism and media studies, was hired in 2004 along with four white men and women who, at the time, earned about the same — and in some cases, lower — salaries than her.

Over time, they were given bigger raises and today, according to the lawsuit, Professor Kumar earns about $25,000 less than other full professors in her department.

She said she had tried repeatedly to negotiate pay raises, but it had been “very difficult and very time consuming.”

“It is also emotionally draining to keep having to prove that you are equivalent to your white peers and your male peers only to be told that you are not on grounds that are at best flimsy,” she added.

“I was stunned when I saw the data,” she said.

Donna Ginther, an economist at the University of Kansas who studies wage inequity, says her research shows that the pay disparity between women and men grows as women move up the ranks in academia.

“The longer women are in their careers, the more the gap grows,” Dr. Ginther said, “and that suggests something is happening with respect to how their contributions are valued.”

At Rutgers, a study commissioned in 2018 by the university’s faculty union showed that when adjusted for rank, women who are tenured earned on average about 2 percent less than men. Because women make up only 30 percent of full professors and 20 percent of distinguished professors, the study also examined pay discrepancies among faculty members of different ranks.

When rank was eliminated, women’s pay lagged more than 7 percent on average to men’s salaries, according to the study.

As a result of the findings, Rutgers and its faculty last year reached a pay equity agreement that established a formal process to allow any faculty member to request a salary adjustment. Reviews are supposed to be completed within 90 working days and the university must notify applicants of any delay.

Professor Storch, citing her pay discrepancy, made her request last Nov. 18. On Aug. 19, she was told that her case was still under review. She said she had not heard anything since.

The other four plaintiffs have also filed pay equity requests but have not had their cases resolved, according to the suit.

The faculty union formed a committee, in part to help professors concerned about their pay make their cases to the university.

Of 81 requests the committee confirms have been submitted to Rutgers, none has been decided. Women made 48 of those requests; men submitted 33.

The lawsuit comes amid a pandemic that has ravaged university budgets and caused faculty and staff members to rejigger their work schedules. Some of the plaintiffs in the Rutgers case said the school had blamed the outbreak for its inability to respond to pay equity requests.

The university, in its statement, said the challenges in addressing the pay issues were “magnified after having to divert our personnel resources to responding to the immediate issues presented by the Covid crisis, including preserving jobs and benefits after the shutdown was ordered and telecommuting for employees, as well as a variety of health and safety concerns for everyone who works at Rutgers.”

Professor Kumar said she estimated that she would have earned more than $300,000 in additional salary at Rutgers if she had been paid at the same rate as colleagues with similar credentials.

Professor Wolff said she would have earned $500,000 more in wages. “What that means is that I have indirectly given a half a million dollar subsidy to the university to pay higher wages to my faculty equivalents, who are primarily white males,” she said.

Kim Churches, the chief executive of the nonprofit American Association of University Women, said the issue of pay equity was even more urgent during the outbreak, with studies showing women in academia bearing more household responsibilities than their male peers.

“This issue of where we are in higher education is just bursting into public view,” Ms. Churches said.

“When I was asked to join this, I said that the only reason I was willing to do it is because it would advantage people who do not have the job security to do what I am doing,” Professor Wolff said. “And that is exactly why we have tenure: So that when we see wrongdoing, that we can stand up and say that this is not right.”