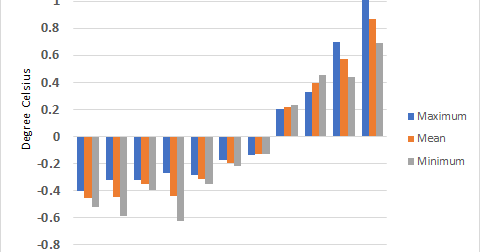 I’ve plotted all these on the same vertical axis for comparison. Scroll over the charts to see the data labels:

The trend in the maximum temperature since 1951 is 2.2 C / century, in the mean is 2.0 C/century and in the minimum is 1.8 C/century. I figure that means our days are heating more quickly than the nights and heat waves are getting hotter. Well, we know heat waves are getting hotter. We’ve just had the record broken twice in one week, and by a long way. It could also reflect seasonal changes. I’ll see if I can find out more from the good people at the Bureau or do some more digging myself.

The chart below shows the change in the decadal temperature for maximum, mean and minimum. Notice how the position of the maximum shifts – it’s now rising fastest of the lot. Not good. 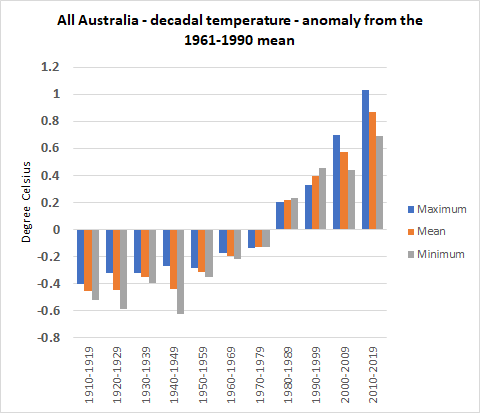 The “bangs” in the title is a reference to the horrific fires here. People in seaside towns along the coast in eastern Victoria and south-eastern NSW could hear the LPG gas bottles exploding along with houses and trees, as the fires tore through the townships. (In places where there’s no natural gas piped in, people usually have gas cylinders next to the house.) 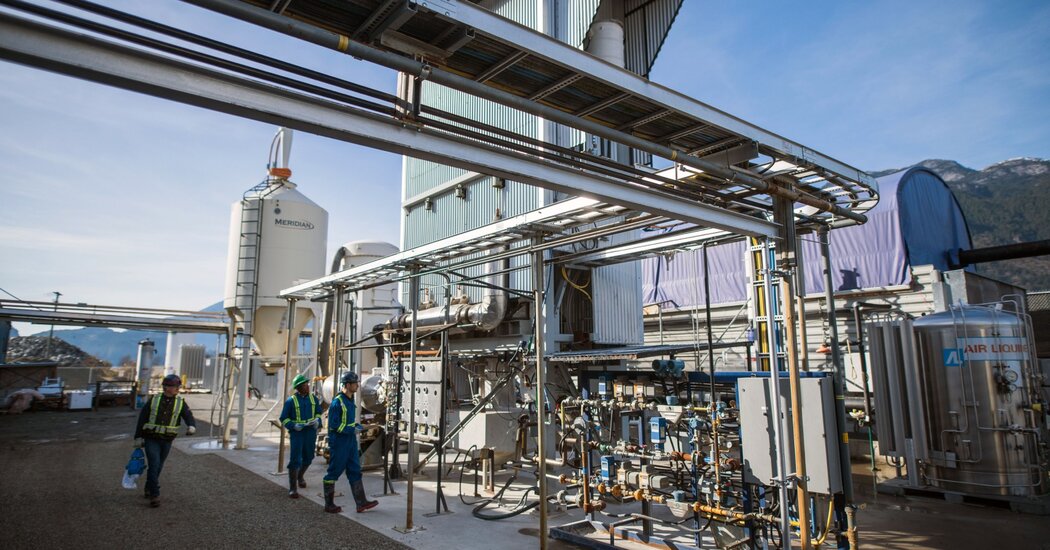 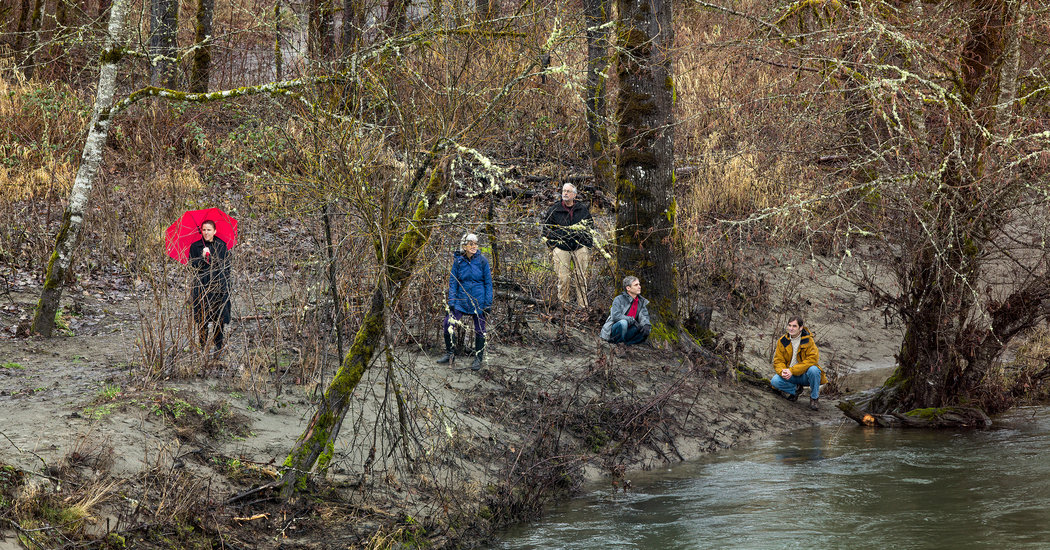 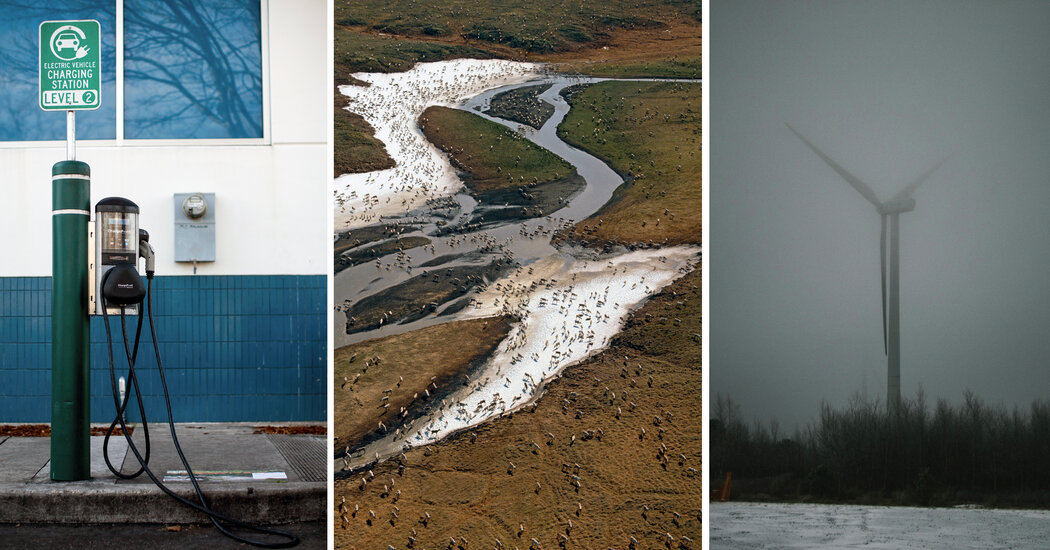